– Building a futuristic, wildly styled concept car that is chock full of eye-popping gizmos and electronic wizardry is almost impossible to bring to market, or so you think. Visitors to the 2003 New York International auto show that drop by the Volvo display stand will have the unique opportunity to do just that when Volvo Cars of North America, LLC, shows Concept Lab Volvo, a unique computer-based interactive design experience that gives the consumer a chance to "chime in" on possible future Volvo cars.

"Volvo has always cared about the people who drive our cars," commented Vic Doolan, President and CEO of Volvo Cars of North America, LLC. "With Concept Lab Volvo we are taking it to the next level. We want them to tell us how Volvo cars of the future should look. Concept Lab Volvo only reiterates what we've been saying since the launch of the XC90, 'You think, and then you build.'"

Concept Lab Volvo includes five highly interesting concept studies of how an entire range of small Volvos could look. Models of these cars will remain on display throughout the show and include:

A yellow sport sedan: A study that explores how dynamic a compact sedan can be. Ultra-light construction is utilized for outstanding fuel economy and many of the visible and structural and suspension parts are derived from motorcycle design.

A sports coupe: A blend of retrospective shapes from earlier Volvos and a futuristic view on a compact two-seater sports car. It also includes a zero emission powertrain with a hybrid battery pack.

A small SUV: Demonstrates how the expressive ruggedness and flexibility in a large SUV can come in a compact size with an efficient footprint. It allows off-road use as well as urban convenience. The load fixation system is integrated in the roof design.

An "Urban Jungle Rider": An extremely compact four-wheel drive roadster with a flexible roof set-up. The glass roof may be removed, exposing the aluminum structural frame.

A four-seat hatchback: Maybe the shortest Volvo ever, with extremely short front and rear over hangs. It could be a three-or five-door design. The strong shoulder section emphasizes the modern Volvo heritage combined with stunning coupe-like lines.

Next to each scale model resides a touch-screen computer monitor. Visitors will be able to move through various pages, answering questions about each vehicle from design to safety features that will help Volvo Car Corporation determine how these potential future models should be brought to market.

Via the www.conceptlabvolvo.com Internet site, customers throughout the world have direct contact with the heart and brains behind Volvo Cars. Visitors to the site can ask questions and put forward their views on these latest models and concept cars directly to the key persons behind current and future Volvo cars. The latest additions to the Concept Lab "range" are the Versatility Concept Car (VCC) – also to be unveiled at the New York show – and the five other small-car concept studies.

"As designers, we are employed to set trends. But we can’t sit in the design studio in Sweden and decide what the rest of the world should drive," commented Volvo Car Chief Designer Henrik Otto. "We need to know what people think about our ideas and our visions of the future. Concept Lab Volvo is an unfiltered pathway between the company and the individual, and the Internet gives us contact with people who don’t go to motor shows or read car magazines. Personally, I think that Concept Lab Volvo appeals to a younger audience that we have a hard time reaching through more traditional channels. And we are very keen to know what young people think about our future and visions. After all, they are the ones who are going to buy these cars."

"Our concept cars are not simply one-off dreams," said Doolan. "They feed the development of our production cars. In fact, two of the concept cars previously shown became production vehicles. The Adventure Concept Car (ACC) became the XC90 – a truly outstanding success story that continues to this day. And the Performance Concept Cars (PCC1 and PCC2) turned into the exciting new S60 R and V70 R."

The site now includes detailed information about the thoughts behind the new Volvo Versatility Concept Car (VCC) – and the five other exciting concept studies from Volvo’s design studios in California, Spain and Sweden.

Keywords:
Design
Descriptions and facts in this press material relate to Volvo Cars' international car range. Described features might be optional. Vehicle specifications may vary from one country to another and may be altered without prior notification.
Media Contacts
Related Images
Feb 04, 2003 ID: 7783 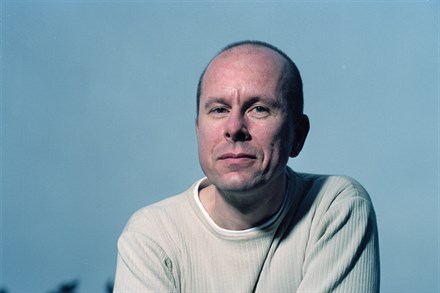 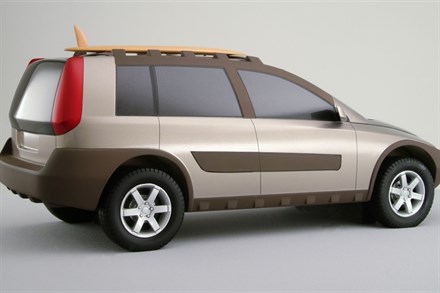