The Volvo S80, the flagship of Volvo’s sedan range, now gets the same type of actively controlled chassis as fitted to the high-performance Volvo S60 R. The difference is that in the Volvo S80, this technology has been adapted for front-wheel drive and is exploited primarily to enhance comfort.
As in the S60 R, the driver has the option of selecting chassis behaviour, with a choice between a comfort and a sport setting.

The active chassis technology makes for an extremely comfortable ride, particularly on poor road surfaces. Damping is adjusted continuously in response to road surface quality so it almost feels as though the car is floating across the road. When the time comes to press on, for instance on an inviting stretch of twisting country road, all that is required is a light touch on the FOUR-C button and the chassis settings are immediately transformed to suit a more enthusiastic driving style. The dampers now become firmer and sportier. The sport setting gives the car quicker steering response and a firmer grip on the road. No matter which setting the driver chooses, the car is always ready for the worst. For instance, in a sudden avoidance manoeuvre, the automatic system takes over and adjusts the dampers to provide the safest possible driving characteristics – minimum roll, effective road grip and the shortest possible stopping distance.

When taking a curve, damping is controlled so that pressure on the road surface is distributed optimally between the four wheels. Well-balanced road surface contact promotes fast and distinct steering response.In order to provide controlled roadholding and stability even at higher speeds, damping increases automatically with road speed. If lateral acceleration increases at the same time, for instance in a curve, this too increases the damping rate.  When the car is heavily laden, the damping rate is increased to reduce the risk of the suspension bottoming out and to maintain the car’s good ride and roadholding characteristics. During braking and acceleration, the system automatically strives to keep the body level with the road surface, without the dipping at the nose or squatting at the rear.

The active chassis is based on a highly advanced technology known as FOUR-C (Continuously Controlled Chassis Concept). This system was developed together with Öhlins Racing AB. In FOUR-C, each shock absorber is regulated electronically and entirely individually. Damping is varied continuously with immense speed, from soft to hard in less than one twenty-fifth of a second. The driver does not even notice the change. Body and wheel movements are monitored continuously with the help of a number of sensors in the car. The sensors provide about 500 reading impulses a second, measuring parameters such as:

The car’s speed and acceleration

Lateral acceleration (when taking a curve)

The steering wheel’s position and how fast it is turned

The degree of braking

Owing to the speed of the FOUR-C system, the car can even handle really difficult "washboard" surfaces without causing the wheels to lose their composure.

FOUR-C is optional on the Volvo S80. The system requires that the car is equipped with DSTC – Dynamic Stability and Traction Control – since the DSTC sensors provide some of the necessary information about the car’s behaviour.

FOUR-C is paralleled by the introduction of a new five-cylinder engine in the S80 range. The new engine has a displacement of 2.521 litres. It has a light-pressure turbo and it is designated the 2.5 T. The new engine replaces the 2.4 T.

The engine’s larger displacement provides both higher power and increased torque, with a power output of 154 kW (210 hp) at 5000 rpm. Torque is 320 Nm from 1500 to 4500 rpm. Continuously variable valve timing (CVVT) on both the inlet and exhaust manifolds promotes quick response to the accelerator and excellent low-rev pulling power. The new engine meets the tough American ULEV emissions requirements and the European Euro 4 requirements.

Just like the Volvo S60 R, Volvo V70 R and Volvo XC90, the new Volvo S80 is now equipped with a steering gear from ZF of Germany. The result is more direct steering response and enhanced steering precision. ZF is also supplying the new speed-dependent power steering, which requires lower steering force when parking, yet without affecting steering precision at higher speeds.

Keywords:
S80 (2007), Safety
Descriptions and facts in this press material relate to Volvo Cars' international car range. Described features might be optional. Vehicle specifications may vary from one country to another and may be altered without prior notification.
Media Contacts
Related Images
Jan 28, 2003 ID: 7654 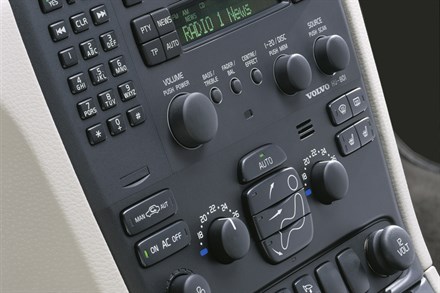 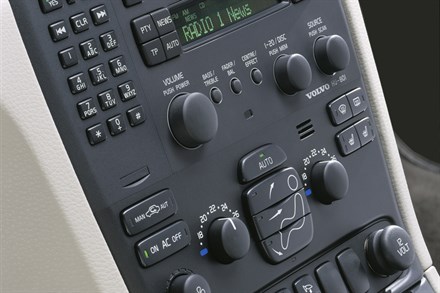 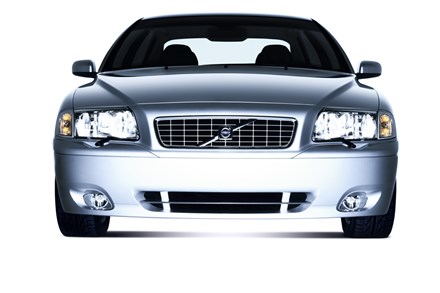 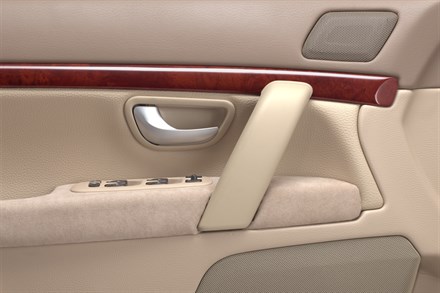