The first Volvo was born in 1927. In the course of just a few years, Volvo was to become Sweden's most popular car, and the brand was soon well-known throughout the world for its reliability, safety and quality. The company AB Volvo grew to become Sweden's largest industrial group.

MILESTONES IN SAFETY
The founders of AB Volvo make safety the company's priority. For example, Volvo becomes one of the world's first car manufacturers to introduce laminated windscreens, and Volvo is also the first to develop the three-point seat belt, and fit it as standard equipment. Its cars are equipped with disk brakes early on, and a unique, L-split braking system is developed. The steering column which collapses during a collision is another important safety feature developed by Volvo. In 1970, Volvo Cars established its own Road Accident Research Team. Its mission is to study and learn from actual accidents involving Volvo cars. The Team's work becomes an important element in the continuing development of safety. In 1972, Volvo introduces an experimental vehicle called the VESC (Volvo Experimental Safety Car). It reveals a new approach to safety, with such features as antilock brakes, airbags and telescopic bumpers. Two years later, many of these features are put into production when the Volvo 240 is introduced. This model earns a series of distinctions for its safety over the next few years. It is considered so safe that in 1976 the American Transportation Safety Association (NHTSA) chooses it as a benchmark for car safety in the industry at large. Innovations in increased safety come one right after another. One of the most widely acclaimed is the SIPS (Side Impact Protection System) which is introduced in the early 1990s. The system is soon supplemented by side-impact airbags in the seats and the Inflatable Curtain system. Another safety solution which attracts much attention is WHIPS (Whiplash Protection System), a seat design which counteracts whiplash injuries during a rear-end collision.

CARS FOR KIDS
Children have always been a high priority in Volvo's pioneering work on safety. Volvo Cars becomes the first car manufac-turer in the world to build its own child car seat, crash-tested to ensure optimum safety for the most vulnerable passengers. The first Volvo child seat soon becomes part of a complete child safety system including an integrated child safety seat and seats for children of various ages. Volvo Cars is also the first in the world to fit three-point safety belts in the rear seats.

CARS FOR A BETTER ENVIRONMENT
When the Californian authorities decide to ban lead additives in petrol, many of the world's car manufacturers have problems. It is well-known that using catalytic converters in cars running on unleaded petrol can reduce harmful exhaust emissions, but it is difficult to get such a system to work well in reality. Volvo Cars solves the problem in 1976 with an invention called the Lambda Sond (lambda sensor). The Lambda Sond monitors the amount of oxygen in the exhaust gases, using this information to regulate the air/fuel mixture and thereby optimising the way the emission control system works. When used with a three-way catalytic converter, it cuts harmful emissions in exhaust gases by 90%.
With its concept car called the Volvo ECC (Environmental Concept Car), Volvo demon-strates in 1992 that it is possible to cut exhaust emissions virtually to zero in a hybrid car equipped with a gas turbine engine and
an electric motor. In 1996 the Volvo 850 Bi Fuel enters production. This model has a dual-fuel system. The engine can switch automatically from compressed gas to petrol when required. The system is refined over the years, and in
the latest Bi Fuel models the gas tanks do not affect the amount of cargo space available. Today's Bi Fuel engines have reduced carbon dioxide emissions by up to 20%. The new generation of environmentally-friendly diesel engines have reduced carbon dioxide emissions by up to 30% compared to petrol engines. But exhaust emissions are not the only thing affecting the environment. Ground-level ozone is a serious cause of smog in big cities throughout the world. Volvo has developed a radiator with a special catalytic coating which converts the ozone passing across it into harmless oxygen. The system is called PremAir(r) and was developed by Volvo Cars in cooperation with Engelhart Corporation.

TOWARD NEW MILESTONES
Volvo Cars is now a Ford Motor Company "Centre of Excellence" and leads the group's work in High Impact Technology Strategy (HITS). In March 2000, a new Volvo Cars Safety Centre was opened in Gothenburg. The Centre was created to perform extremely advanced computer simulations and crash tests. The crash tests are conducted in conditions which simulate a real traffic environment.

Keywords:
Safety, Environment, Quality, Corporate, Design
Descriptions and facts in this press material relate to Volvo Cars' international car range. Described features might be optional. Vehicle specifications may vary from one country to another and may be altered without prior notification.
Media Contacts
Related Releases 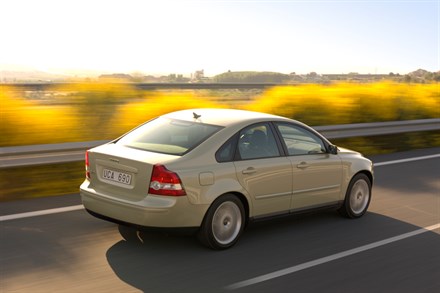