Volvo for Life Awards to be a Multi-year Program to Celebrate Ordinary People Doing Extraordinary Things –– Nominations Accepted at www.volvoforlifeawards.com -

On the 4th Dec, Volvo Cars of North America launched a national public service program to inspire people to make outstanding contributions to their communities. The Volvo for Life Awards will be a multi-year grassroots program that celebrates and honors ordinary people doing extraordinary things and makes more than $500,000 in financial contributions in its inaugural year.

Beginning today and through Feb. 28, 2003, Volvo invites people to log onto www.volvoforlifeawards.com to submit nominations for individuals who go above and beyond the call of duty in the areas of safety, quality of life and the environment.

"We want to find and honor the everyday people who have accomplished things such as building a community center for needy kids, developing recycling programs for their schools, or helping save the life of a perfect stranger," said Vic Doolan, president of Volvo Cars of North America. "Quite often, these individuals don't get the national attention and recognition they deserve. The Volvo for Life Awards will highlight these local heroes on a national stage. By doing so, we hope to inspire other people to become more involved in their communities."

Expected to be the largest-ever program of its kind, the Volvo for Life Awards will profile a large number of nominees on the Web site and in the media in the coming months. Ten program finalists will be announced in March. A panel of celebrity judges who embody the heroic spirit, including Dr. Jane Goodall, Sen. Bill Bradley, Dr. Sally Ride, Eunice Kennedy Shriver and Maya Lin, will select three winners. Volvo will donate $50,000 to the charity of each winner's choice. They also will be honored in New York on April 16, 2003, at the first Volvo for Life Awards ceremony, a gala event to be held at Times Square Studios that will feature a celebrity host and musical entertainment.

"There never has been a better time to honor people who act with care, conscience and character for the betterment of society, and it makes sense for a company such as Volvo to shine a spotlight on these people," Doolan said. "Our brand has long associated with such men and women. Some have been Volvo employees, such as Nils Bohlin, an engineer who in 1959 invented the first three-point safety belt, which remains the standard in automobiles today and is responsible for saving countless lives and preventing innumerable injuries.

"Others have been people Volvo has supported, such as Ann Bancroft and Liv Arnesen," Doolan added. "These two schoolteachers from Scandia, Minn., and Oslo, Norway last year became the first women to ski across Antarctica, while conducting virtual classrooms via the Web with three million school children worldwide."

Vic Doolan announced the Volvo. for Life Awards at a news conference held in New York at the Scandinavia House. Four local heroes who Doolan noted "illustrate the heroes we expect to find and honor in the months ahead" helped launch the program.

Mary Whitehead and Robert Hughes of St. Louis, Mo., two strangers who in May pulled a family from a burning truck on a Missouri highway.

Through Feb. 28, 2003, individuals may submit nominations at www.volvoforlifeawards.com. During this time, selected nominees' stories will be presented on the site.

At the conclusion of the nomination process, Volvo will select 50 semi-finalists, who will receive certificates of merit. Ten will be selected as finalists and be awarded $10,000 each. Of those ten, celebrity judges will choose the three program winners. These three winners will receive an additional $50,000 to be donated to the charities of their choice.

Volvo also will make financial donations to each judge's charity of choice.

The three winners and their families will travel to New York City to be honored at the first-ever Volvo for Life Awards ceremony at Times Square Studios on April 16, 2003. A film documenting each winner's accomplishment will be presented.

At the ceremony, which will feature celebrity hosts and musical performances, the judges will announce the Volvo for Life Awards top winner, who will receive a Volvo car for the rest of his or her life.

Keywords:
Safety, Environment, Quality, Corporate
Descriptions and facts in this press material relate to Volvo Cars' international car range. Described features might be optional. Vehicle specifications may vary from one country to another and may be altered without prior notification.
Media Contacts
Related Images
Aug 09, 2002 ID: 7521 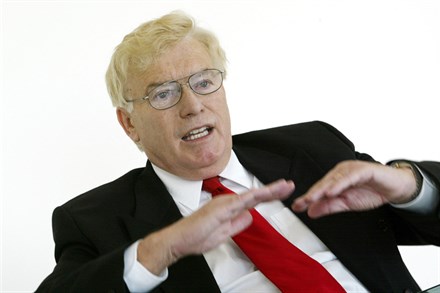