The 2003 Volvo XC90 2.5T has been named the Best New Sport Utility Vehicle over $45,000 by members of the Automobile Journalists Association of Canada (AJAC). The announcement was made here today during the media preview of the Montreal International Auto Show.

The new XC90, the first SUV from Volvo Car Corporation, was voted the honour ahead of a strong field of competitive vehicles, including the BMW X5 4.6, Mercedes Benz G500 and Hummer H2.

The voting took place following exhaustive, back-to-back testing at the association’s annual "Test Fest" in October, where automobile writers from across the country gather to assess the new vehicles available to the Canadian market. In addition to objective data gathered for acceleration, braking and handling, the eight vehicles in the class were subjected to rigorous "real world" testing over public roads and through an off-road course.

The coveted AJAC Award is the second major Canadian award garnered by the new XC90 in the past month. The editors of the respected French language new vehicle annual le Guide de l’Auto 2003 named the Volvo XC90 the Best Buy, Sport Utility Vehicle ($35,000-$60,000) and Sport Utility of the Year.

The new XC90 has been described as the next generation SUV and has rolled up an impressive list of awards since it made its debut in North America. In October, XC90 was presented Motor Trend Magazine’s 2003 Sport/Utility of the Year Award. Highly regarded in the industry, the award was given to the XC90 by the magazine’s editors ahead of 14 eligible entries.

"We wanted XC90 to be, first and foremost, a Volvo. I think this award testifies that you can compete in a crowded market full of vehicles that look and perform the same by being different – by being thoughtful… respectful of the environment… by putting safety as your highest priority… by being the next generation SUV!" said Paul Cummings, President and CEO, Volvo Cars of Canada Ltd.

Keywords:
XC90 (2002-2014)
Descriptions and facts in this press material relate to Volvo Cars' international car range. Described features might be optional. Vehicle specifications may vary from one country to another and may be altered without prior notification.
Media Contacts
Related Images
Aug 08, 2002 ID: 7455 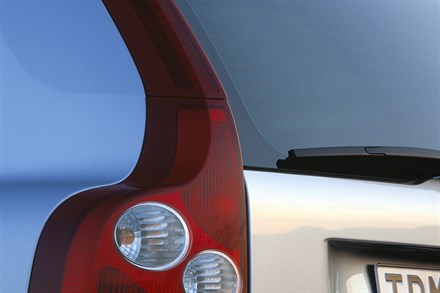 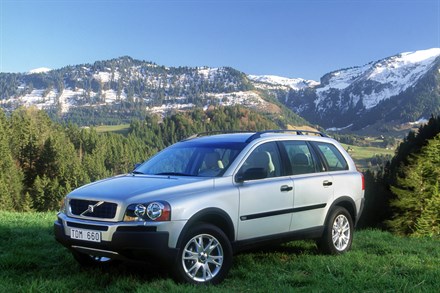