A school from India won the Volvo Young Environmentalists Award on the website www.VolvoOceanAdventure.org. It will be using its prize money of USD 10,000 to spread its message further.

Although they were only ten years old, the youngest in the competition, the participants from India distinguished themselves among the eight finalists.

"The project has spread to other schools in India and has persuaded authorities, supermarkets, organisations and customers to change their behaviour," says Petter Halling, who is head of brand communications and one of the members of the jury.

Petter Halling emphasises that the contributions to the competition were all of very high quality.

"The projects have attracted considerable attention in their countries about the problems that exist, and this has led to environmental improvements."

In second place, with a prize of USD 6,000, came a school from Australia with its Stony Creek Biodiversity Project. Third place went to Taiwan, which won USD 4,000 with the project Let's Have a Water Saving.

The competition, which is part of the Volvo Ocean Adventure educational project, has been under way since July 2001. The aim is to increase awareness of the environment among tomorrow’s decision-makers. Schools from all over the world have been encouraged to take part in the competition. A total of eight teams were selected for the final, which took place in Gothenburg, Sweden.

More information can be found on http://www.VolvoOceanAdventure.org.

Keywords:
Environment
Descriptions and facts in this press material relate to Volvo Cars' international car range. Described features might be optional. Vehicle specifications may vary from one country to another and may be altered without prior notification.
Media Contacts
Related Images
Oct 01, 2002 ID: 7553 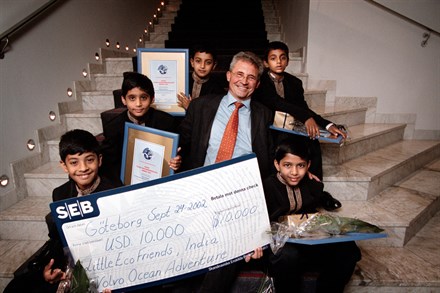 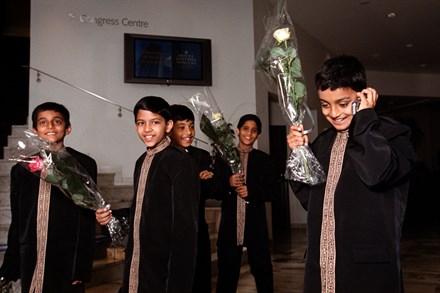