US version - Environmental standards: among the cleanest SUVs on the market

Environmental care is one of the core values at Volvo Car Corporation.

That is why the engineering team faced an extra-tough challenge when Volvo developed the Volvo XC90, since SUVs are relatively large vehicles with powerful engines.

"We know that many of today’s SUV owners are uncomfortable about the fact that their vehicles produce higher emissions and consume more fuel than most passenger cars do," says Hans Wikman, the Project Director behind the development of the Volvo XC90.

The Volvo XC90 will take the lead in the SUV segment as regards both fuel economy and emissions control. The 6-cylinder engine meets the American ULEV (Ultra Low Emission Vehicle) requirements, while the 5-cylinder petrol engine already meets ULEV II, a standard that doesn’t apply until model year 2004.

What is more, the Volvo XC90 meets these standards in 50 American states, a clear demonstration that Volvo Cars regards the environment as equally important everywhere.

Adjustable valve timing
The low emissions and the low fuel consumption have been achieved through a number of interacting factors. Here are a few examples:

The Volvo XC90 also takes care of the environment inside the passenger compartment itself. The climate unit can be supplemented with the automatic Interior Air Quality System, IAQS.

IAQS consists of a filter and a sensor. The former features a particle trap and an active carbon filter, removing particles such as pollen and unpleasant odours from the incoming air.

The sensor monitors the presence of substances such as nitrogen oxide, carbon monoxide and hydrocarbons in the air entering the cabin. If concentrations are high, the recirculation function is automatically activated to prevent these pollutants from entering the passenger compartment. The system thus contributes to cleaner air inside the vehicle and reduces the risk of allergy-related problems.

Ökotex and PremAir®
All the textiles and leather used in the Volvo XC90 are certified according to Öko-Tex standard 100. Öko-Tex is a European standard used throughout the world, which safeguards that the textiles are free from hazardous and allergenic substances. Furthermore, the leather is tanned using natural plant substances and the interior door handles have a surface treatment that does not allow nickel contact with the skin.

PremAir®‚ is the name of Volvo’s renowned "ozone-eater", and it is an important part of the overall environmental compatibility of the Volvo XC90. Ground-level ozone is formed through the combination of air pollutants and strong sunlight. It can cause respiratory problems in human beings and it also inhibits plant growth.

Volvo was the first carmaker in the world to tackle the problem of harmful ground-level ozone, with the introduction of PremAir®‚ in 1999. The car’s radiator is coated with a thin catalytic film that converts up to 75 percent of the ground-level ozone as it passes through the radiator, converting it into oxygen.

Keywords:
XC90 (2002-2014), Environment
Descriptions and facts in this press material relate to Volvo Cars' international car range. Described features might be optional. Vehicle specifications may vary from one country to another and may be altered without prior notification.
Media Contacts
Related Images
Jan 07, 2002 ID: 7214 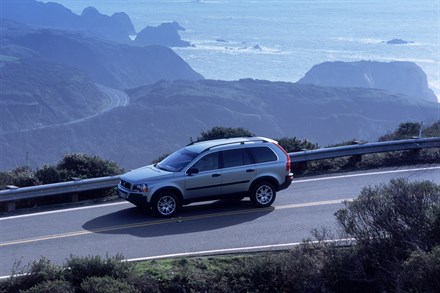 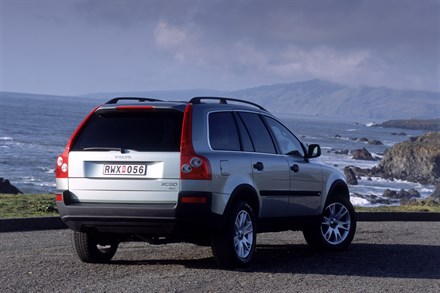 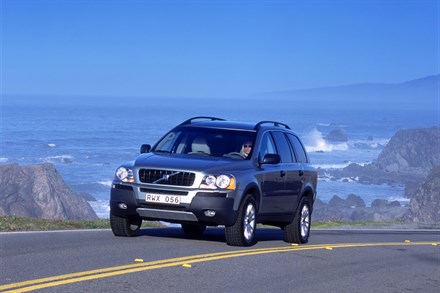