Volvo Cars is expanding its range of bioethanol-powered FlexiFuel cars

Volvo Cars is launching FlexiFuel models powered by renewable bioethanol on several European markets this autumn. The green model range is also being extended and even Volvo’s new C30 will be offered with eco-optimised FlexiFuel power.

Eight new markets
“Interest in ethanol as a vehicle fuel is growing in Europe,” says Gerry Keaney, Senior Vice President Market, Sales and Customer Service at Volvo Cars. “We are therefore expanding our range with additional models on a total of 9 markets. First to get Volvo’s FlexiFuel cars outside Sweden will be Britain, Ireland, France, Spain, the Netherlands, Belgium, Switzerland and Norway.”
“It’s very encouraging that the market is expanding and that political initiatives are being taken,” continues Gerry Keaney. France has announced that the country will build 500 fuel stations for E85 (a blend of 85% renewable ethanol and 15% petrol) in 2007. The fuel will be produced locally from agricultural products. There are at present 23 plants producing ethanol in Europe and this figure is expected to rise to just over 60 in 2008. All told, about 1.8 million litres of ethanol are produced annually within the EU, primarily from sugar-beet and various grains. Capacity is expected to increase threefold by 2008.

Expanded model range
Three of Volvo’s nine models – the C30, S40 and V50 – are now available in an environmentally optimised FlexiFuel alternative. They are powered by a four-cylinder naturally aspirated engine producing 125 hp. Bioethanol and petrol are both filled in the same 55 litre tank. The fuel hoses, valves and gaskets have all been modified to withstand the more corrosive properties of ethanol. The injection valves have been reinforced and are also larger, since more fuel is injected into the engine because of the lower energy content of E85 compared with petrol. Moreover, the software calibration is updated for ethanol power. The engine management system precisely monitors the fuel mixture in the fuel tank and automatically adjusts both injection and ignition to suit.

Volvo Cars predicts sales of 7,000 FlexiFuel cars in 2007. Most are expected to be sold in Sweden.

Environmental benefits
Ethanol is an entirely renewable fuel and can in principle be produced from just about any biomass source, such as corn, wheat, sugar-beet and cellulose. If the car is run on E85, which is the fuel available at the pumps, emissions of fossil carbon dioxide, a greenhouse gas, drop by up to 80% compared with the same car running only on petrol.
”A renewable fuel will not on its own be able to replace today’s fossil fuels, and the range of alternative fuels will probably be far wider in the future. Many different fuels and technologies will therefore be developed in parallel. Ethanol reduces dependency on fossil fuels and Volvo’s FlexiFuel programme thus makes a vital contribution to our strategy of environmental sustainability,” concludes Gerry Keaney.

Regarding fuel consumption and carbon dioxide emissions: the figures relate to running on 100% petrol (the certification fuel). Fuel consumption when running on E85 bioethanol is about 40% higher since the energy content of ethanol is lower than that of petrol.

Keywords:
Environment
Descriptions and facts in this press material relate to Volvo Cars' international car range. Described features might be optional. Vehicle specifications may vary from one country to another and may be altered without prior notification.
Media Contacts
Related Images
Aug 28, 2006 ID: 10121 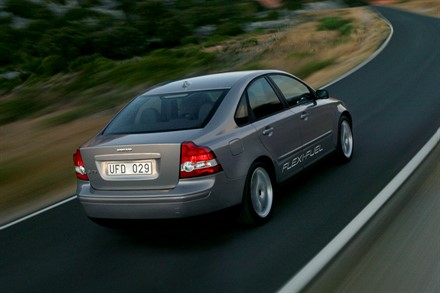 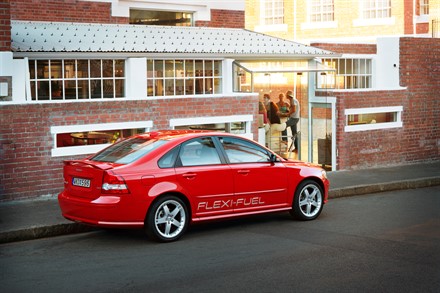 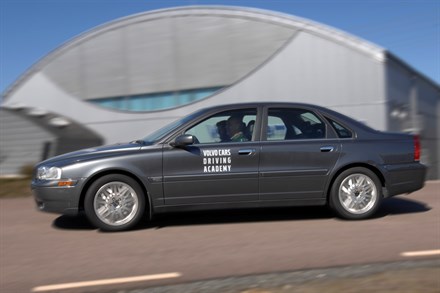