The first prize in the Volvo Adventure 2006 competition went to Koç School from Istanbul which carried out a project entitled "Recycled Boxes for Education". The team’s four youngsters have produced school desks from recycled juice and milk boxes. The desks were then donated to schools in underprivileged areas. Fredrik Arp, President and CEO of Volvo Cars, handed over the 10,000 US dollar prize, which will be used to finance the group’s continued pro-environmental work.

The 2006 Volvo Adventure gave the international jury a tough job. "All 10 projects in this year’s final were of particularly high quality," says Theodore Oben from the UN Environmental Programme (UNEP) and chairman of the Volvo Adventure jury. Nonetheless, after many hours of consideration the jury decided that first prize should be awarded to the Turkish team. Theodore Oben explains: "The project is innovative and the youngsters have truly succeeded in creating awareness of the issue of waste, recycling and sustainable development."

Scrap turns into new school desks
According to the winning team’s calculations, more than 6 billion milk and juice boxes end up on Turkish refuse tips every year. The project’s goal was to increase recycling of these containers. At the same time, the 16-year old team members – who are also involved in social work – wanted to contribute to better education in the less privileged parts of their city. In some classes, up to three pupils share each desk. The daring idea of recycling the boxes and converting them into desks was born and the team launched a collection campaign, not least via the Internet. Over a period of five months, almost a tonne of containers were collected and sent to a recycling company that transformed them into desktops for 30 school desks.

The local council and several political institutions have now decided to invest in the manufacture of desks from recycled materials, with several thousand schools expected to be involved in the project within two years. More than 1 million school desks may be manufactured from recycled containers thanks to the youngsters’ initiative.

6,000 USD for studies of valuable marshlands
The Macoun Marsh Biodiversity Project was carried out by Educarium School of Ottawa in Canada. The team worked on studying and spreading information about the fauna in a biologically valuable marsh area, Macoun Marsh, in the very heart of central Ottawa. The project members catalogued more than 870 species, fed birds during the cold winter months and collected money for the preservation of the marsh. The jury was particularly impressed by the way the team succeeded in creating awareness among the general public about the importance of the marshlands.

Actions against water shortage in India earned third place
In many parts of India, the shortage of drinking water is a major problem. Visuals, a dedicated group of school pupils from TVS Higher Secondary school in Madurai, received this year’s third prize, totalling 4,000 USD, for their project entitled "Wastage of Drinking Water". The team scientifically analysed the reasons for water shortage at their school and arrived at the conclusion that one of the main reasons why the water tank dries up towards the afternoon is because school pupils waste the water earlier in the day, for example when they drink by cupping the water in their hands instead of filling a bottle. By implementing a number of measures, the school now saves 1750 litres of water a day. The project was so successful that other schools in the region are now reviewing their water habits to prevent a shortage of fresh water.

Volvo Adventure provides knowhow for tomorrow’s consumers
Volvo Adventure is an educational programme in environmental studies that aims at increasing environmental awareness among tomorrow’s generation of consumers and decision-makers. The programme includes a competition for youngsters aged between 10 and 16. Groups of between 2 and 5 youngsters carry out local environmental projects that are then presented on the Internet. An expert panel picks 10 finalists in accordance with agreed criteria. The three best teams win a development grant (for 10,000, 6,000 and 4,000 US dollars respectively). Volvo Adventure is run as a joint project by the Volvo Group, Volvo Cars and the United Nations Environment Programme (UNEP). Almost 350 teams from 41 countries participated in this year’s competition.

New competition for environmentally aware youngsters
Through the linkup between the United Nations Environment Programme and Volvo Adventure, the UN and Volvo will continue to encourage young people the world over to work on environmental issues. The next competition gets under way on 1 June and the last date for registering a project for participation is 31 March 2007. The best teams will be invited to the international final in Göteborg, which among other things includes a visit to the Universeum science museum, the Liseberg amusement park, Volvo and activities in the Swedish countryside.

"The competition is immensely inspiring," says Fredrik Arp. "It shows the immense dedication of young people in tackling major environmental issues. I was especially impressed by the enthusiasm and hope for the future that the participants showed," concludes Fredrik Arp.

You can register your project in Volvo Adventure on www.volvoadventure.org
There you can also find out more information about the programme and the competition.

Keywords:
Environment, Corporate
Descriptions and facts in this press material relate to Volvo Cars' international car range. Described features might be optional. Vehicle specifications may vary from one country to another and may be altered without prior notification.
Media Contacts
Related Images
May 18, 2006 ID: 10000 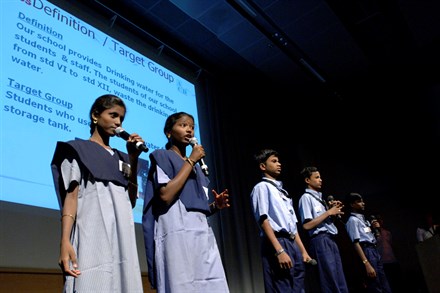 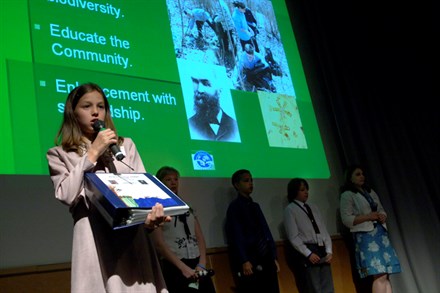