Form and function in harmonious unity

Ingegerd Råman has a special relationship with glass. On the one hand, she likes the material just as it is. On the other, she works unceasingly to find new forms of expression in it. To refine and enhance its clarity while retaining the attraction and beauty of the finished object. Now, some of her work in glass and porcelain can be seen at Volvo Cars dealers as part of the ‘Volvo Next Face’ concept.

There is much to tell about Ingegerd Råman. For example, that she is a strong individual who has always followed her own star. And just as well, because had her parents got their way, we would almost certainly now be talking in glowing terms of a very highly qualified nurse! At the same time, however, we would have lost an enormous creative talent with a unique feeling for form and function. Thankfully, Ingegerd made it known at an early age that she wanted to work in a creative capacity – and so it was.

Ingegerd is a potter who discovered glass and fell in love with it – a love affair that has lasted forty years and has become deeper with each passing year. She has put her name to innumerable everyday objects in both ceramics and glass, and her work has found its way to every part of the world. Because making everyday items both functional and beautiful is precisely her driving passion.

“I want to combine simplicity, function and aesthetics in my work. A box with a lid is simply that. But it must be a product of feeling, thought, imagination and poetry,” explains Ingegerd.

She is consistently popular, both at home in Sweden and throughout the world. Be it a show in Japan or a fair in Australia, Scandinavian design is known and appreciated far beyond Scandinavia’s boundaries.

No driving licence
One of the latest showplaces for Ingegerd Råman’s creations is an unexpected one – the car showroom. The fact that she does not have a driving licence – making her an unlikely visitor to a dealer – is not an obstacle.

Volvo Cars has been working for some time on a new design of exhibition environment, both for car shows and its dealer showrooms around the world. Known as Volvo Next Face, the concept goes a step further than usual. Bearing the clear imprint of Scandinavian design tradition, the environment in which the cars and accessories are presented is also equipped with a glass and porcelain service that the dealer can use to offer his visitors food, coffee or other refreshments.

“It is very exciting and enjoyable to be involved in what is a completely new context for me,” says Ingegerd Råman. “I have designed parts of the set in both glass and ceramics. My own favourites are probably the cut schnapps glasses. Although you can drink almost anything from them,” she laughs.

Eager collectors can buy pieces from the set from Volvo dealers. The hand-cut schnapps glasses come in a set of six. Ingegerd tells us that although the basic pattern is the same, each glass is unique in form.

“Although the design is mine, in the end it’s the glass-cutters that produce each individual piece. This is teamwork in the real sense of the word and I see it as a striking example of something that is really crucial – the balance between prototype and product. It is difficult, but also hugely important, to retain that sense of uniqueness, even when producing a series of several thousand glasses like in this case.”
And the glasses are indeed a treat for the eye and the soul. The cutters have created a threadlike pattern that appears to be suspended in air and makes the clear glass seem even more transparent.

“To me, it conveys a sense of the fog, snow and ice that surround us in Scandinavia for much of the year,” says Ingegerd.

Interplay of perspectives
People who set their tables with porcelain from Ingegerd Råman and Volvo are in the best of company. The plates are a somewhat modified version of the famous dinner service that adorns the table when the most brilliant minds in the world gather in Stockholm every autumn for the Nobel festivities.

Part of the Volvo collection consists of a coffee service featuring classically pure lines. However, the eye is challenged by Ingegerd’s saucer:

“It’s actually slightly oval,” she admits. “In this way, the saucer contrasts with the completely round cup without setting itself apart from it.”

The pure, simple design language is Ingegerd Råman’s hallmark. She insists uncompromisingly that form for its own sake is an indulgence, and that everyday articles are also worthy of serious and artistic design. Form is second to function – a sentiment that matches the Volvo Cars design philosophy very well.

"Good design is not just a matter of providing a surface with a shape. It is at least equally important to make the product easy to understand and use. If a product is not functional, neither can it be beautiful. "

To her titles of potter and designer, Ingegerd Råman can now add that of professor, an honorary title awarded to her by the Swedish government for her contribution to Swedish handcraft and design.
Honorary professor – perhaps some cause for self-satisfaction?
Ingegerd herself provides the answer as she remarks on her apparently unceasing reservoir of inspiration:
“Once you know who you are, you know what you have to offer.”

Keywords:
Design
Descriptions and facts in this press material relate to Volvo Cars' international car range. Described features might be optional. Vehicle specifications may vary from one country to another and may be altered without prior notification.
Media Contacts
Related Images
Sep 27, 2005 ID: 9492 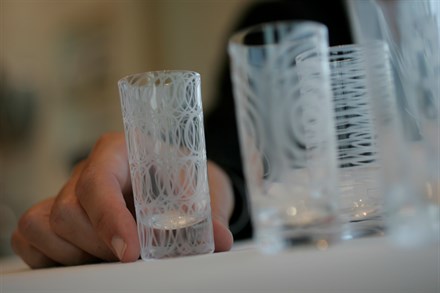 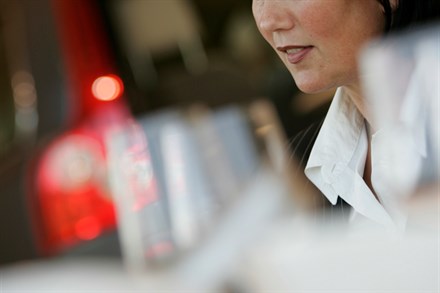