Together with the all new Volvo S80, Volvo Cars is unveiling an entirely new high-efficiency six-cylinder in-line engine. It features an advanced induction system that contributes to both good performance and impressive fuel efficiency. Several innovative solutions also make it possible to create a remarkably compact engine. As a result, it can be installed transversely in the engine compartment, which contributes to impressive impact safety.

“I think that this will be one of the most impressive six-cylinder engines on the market”, says Derek Crabb, Vice President Powertrain at Volvo Cars.
The new six-cylinder engine has been designed by Volvo and is of an all-new, compact design. Its main structure is made entirely of aluminium and has a larger displacement than its predecessor, 3.2 litres as against the previous 2.9. Power is up too, to 175 kW (238 PS) as is torque, at 320 Nm. This corresponds to increases of 31 kW and 40 Nm respectively.
The engine has been designed to be mated to Volvo’s new six-speed automatic transmission. And the entire driveline has been designed together with the rest of the car to create a harmonious, high-class driving experience in every respect.

Two engines in one
The engine features a range of very technically advanced solutions. An advanced valvetrain and a variable intake system mean that the engine can be exploited efficiently throughout the rev range, thus promoting alert response and excellent performance. At the same time, the engine is very fuel-efficient.
The valvetrain features VCT (Variable Cam Timing) and CPS (Cam Profile Switching) on the inlet side – two key elements in providing the engine with excellent driveability and flexibility.

CPS (Cam Profile Switching) means that the camshaft is designed such that the inlet valves are lifted to two different heights depending on engine speed and load.

In normal driving, with normal throttle opening and low engine revs, fuel consumption is modest at the same time as torque is sufficient to provide good driveability.

In more enthusiastic driving involving full throttle opening and high engine revs, the engine responds instantly to the accelerator and provides a massive thrust of power, both at low and at high speeds.

“In principle, Cam Profile Switching creates two engines in one,” explains Derek Crabb. “We can unite widely differing demands on one and the same engine and easily meet the requirements of customers with entirely different wishes. For instance, we can equally easily satisfy customers who prioritise performance as well as those who are more interested in driving comfort and fuel economy.”

VIS (Variable Intake System) has been equipped with two throttle flap valves which adjust the intake manifold volume to suit the current driving situation. This results in a uniformly high and broad torque curve.

“Through precise interplay with the flap valves we actually get three different torque curves that are integrated with one another,” says Derek Crabb. “Consequently, we can exploit the engine’s capacity to the maximum and extract the highest possible power throughout the rev range. The result is alert response to the accelerator pedal at both low and high speeds, with both generous power and good driveability.”

Compact format contributes to impressive collision safety
Despite the engine’s 3.2 litre displacement, it has extremely compact exterior dimensions. The complete engine package is only 3 millimetres longer than Volvo’s five-cylinder engine. The total engine length is 625 millimetres.

“A compact format is a matter of safety,” explains Derek Crabb. “It is particularly important that the engine takes up minimal space longitudinally in the vehicle. Volvo’s engines are fitted transversely and a compact engine thus has more space to move inside the engine compartment in the event of an impact that deforms the car’s front. This helps reduce the risk of engine penetration into the passenger compartment.”
The engine itself cannot be made all that much smaller since the cylinder spacing and block structure are roughly the same as in the five-cylinder engine. Instead, the focus was on building the entire installation, encompassing the engine, automatic transmission and ancillaries, in as compact a package as possible. One additional condition that had to be taken into account was that the transmission would be a six-speed automatic.

Integrated drive system with Shaft In Shaft design
The compact dimensions of the transversely mounted, in-line six-cylinder engine are ensured by locating the ancillaries, such as the Power Assisted Steering Pump and Air Conditioning Compressor, behind the engine in the space above the gearbox. Consequently, there is no front-end drive of the ancillaries. Instead they are driven via gears by the rear end of the crankshaft. This engineering solution is known as READ – Rear End Ancillary Drive. The alternator is direct-driven and installed on the engine block. This solution means that the entire engine and transmission package takes up minimum space, particularly in the car’s longitudinal direction.

By designing the drive system in the form of a small gearbox with an intermediate shaft inside the driveshaft – known as a Shaft In Shaft design – it was possible to ensure a very short package. The two shafts are driven by different gears that give them different speeds (one speed for camshaft drive and one for the ancillaries).

“We are very proud of this compact solution,” relates Derek Crabb. “A lot of highly advanced development work was required in order to arrive at a design that ensures smooth and quiet operation.”

The vibration damper too, which compensates for vibration in the six-cylinder engine’s relatively long crankshaft, has been moved inside the engine block. The IVD (Internal Viscous Damper) is of the fluid type and is an unusual solution in the context of passenger cars.

“All told, the new six-cylinder engine offers a premium experience in every respect,” comments Derek Crabb. “This applies to its performance and fuel efficiency, and also to its driving comfort and the sound of the engine. The fact that the engine’s design also helps enhance safety isn’t something the customer usually thinks about, but it is naturally a central part of Volvo’s product concept,” he adds.

Built in Wales
Volvo’s new six-cylinder engine will be built in Ford’s modern engine factory in Bridgend, Wales. The factory was built in 1980 and had already manufactured ten million engines by 2001. In recent years, considerable investments have been made to meet the stringent quality requirements imposed by Ford’s Premier Automotive Group (PAG).

“Bridgend is a dedicated engine production unit,” explains Derek Crabb. “The factory builds many of the six- and eight-cylinder engines for PAG’s various brands. Although the new Volvo engine is being built in Bridgend, it was specified, designed, engineered and developed entirely by Volvo. The engine will start series production in week 13, 2006.”

For free A-B and C-roll/video content please click on Broadcast Room  to preview and request video. If you haven’t already used this site, please take a moment to register. Once your registration is approved, you can order broadcast-standard video digitally or by tape. Registration and video is free to the media.

Keywords:
S80 (2007), Safety
Descriptions and facts in this press material relate to Volvo Cars' international car range. Described features might be optional. Vehicle specifications may vary from one country to another and may be altered without prior notification.
Media Contacts
Related Images
Jan 03, 2006 ID: 9669 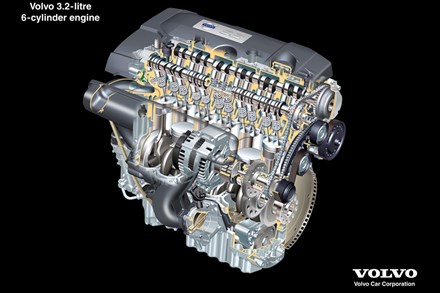 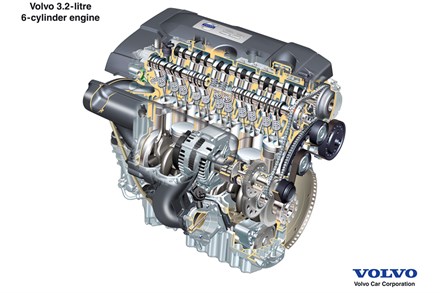 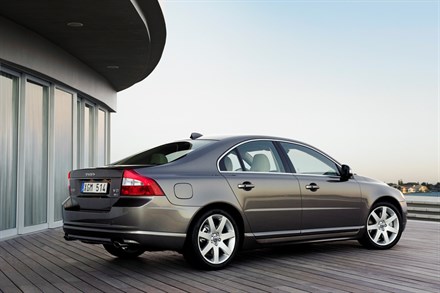