Volvo Cars has started the production of FlexiFuel cars, powered by engines running on E85 (85% renewable-sourced ethanol and 15% petrol). The FlexiFuel engine, the 125 hp 1.8F, is available on the S40 and V50 models, further reinforcing Volvo Cars’ eco-car range.

Environmental benefits
Ethanol can be produced from biomass sources such as wheat, sugar-cane, corn and cellulose. When running on E85 bioethanol, emissions of fossil carbon dioxide – which contributes to the greenhouse effect – are up to 80% lower than when running on petrol.
“FlexiFuel engines are an important part of the Volvo Cars strategy for mobility solutions that help reduce our reliance on oil,” says Gerry Keaney, Senior Vice President of Marketing, Sales and Customer Service at Volvo Cars. Ethanol is entirely renewable and can be made from virtually any biomass source.

FlexiFuel cars will initially only be offered on the Swedish market where the infrastructure for E85 is good and there is considerable customer interest in ecologically sound cars.
“Most of Sweden’s ethanol is currently imported, but the conditions for increased domestic production are excellent thanks to the country’s rich supply of forestry-based raw materials. Several promising research and pilot projects are currently under way.

User-friendly
The Volvo S40 and V50 FlexiFuel are based on the 1.8-litre engine, a four-cylinder normally aspirated unit producing 125 hp. This engine will initially only be available with a manual gearbox. Bioethanol and petrol are both filled in the same 55-litre tank. The fuel hoses, valves, seals and bushings have all been strengthened to withstand ethanol’s greater corrosiveness. Furthermore, a different type of injection system is used and the software is recalibrated. An engine management system calculates the fuel blend currently in the tank and automatically adjusts the injection and timing to suit. In order to optimise the cold-starting properties, an integrated engine heater is fitted as standard.

Immense interest in environmentally optimised cars in Sweden
“It is immensely interesting to monitor the development of eco-friendly cars and alternative fuels on the Swedish market,” says Gerry Keaney. Consumers, car manufacturers, the government and fuel suppliers have worked together to initiate a market for alternative fuels. Increasing numbers of customers – both company-car and private owners – are showing interest in environmentally optimised cars. The sales goal for Sweden is about 6000 cars in 2006. For the company-car driver, the taxable benefit is reduced by 20 percent. What is more, many local authorities offer free parking and other benefits. In Stockholm, eco-compatible cars will escape the forthcoming congestion charge. With the current record-high petrol prices in Sweden, tax-free E85 fuel is an economically sound proposition, even though the car’s fuel consumption is about 40 percent higher since ethanol’s energy content is lower. What is more, there is a widespread network of fuel stations.
“The ethanol infrastructure is growing by the week,” continues Gerry Keaney. “Right now there are more than 280 fuel stations for E85 from Skåne in the south to Övertorneå in the north.”

The market’s broadest range of eco-compatible cars
Since 1995 Volvo Cars has been selling Bi-Fuel models running on methane gas.
“The introduction of the FlexiFuel cars gives Volvo the broadest range of environmentally optimised cars on the market; four of Volvo’s seven models are offered with an alternative driveline powered by a renewable fuel,” concludes Gerry Keaney.

Regarding fuel consumption and carbon dioxide emissions: the figures relate to driving on 100% petrol. Fuel consumption when driving on E85 bioethanol is about 40% higher for cars such as the Volvo S40 1.8F and V50 1.8F since ethanol contains less energy than petrol does.

Keywords:
Environment, Corporate
Descriptions and facts in this press material relate to Volvo Cars' international car range. Described features might be optional. Vehicle specifications may vary from one country to another and may be altered without prior notification.
Media Contacts
Related Images
Sep 21, 2005 ID: 9461 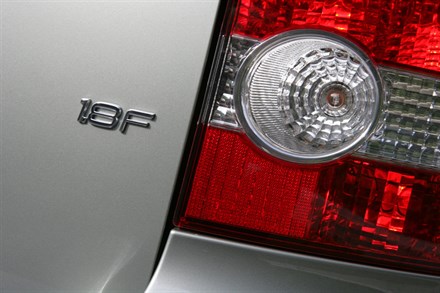 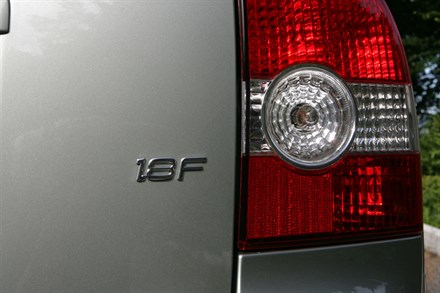