The Volvo Car Corporation is unveiling a new generation of our own five-cylinder diesel engines for the Volvo S60, V70, XC70, and XC90. The engine, which was introduced in 2001, has been extensively improved and refined. The improvements have resulted in an entirely new driving experience with considerably higher performance, and improved drivability. At the same time, there has been a sharp reduction in emissions.

This new diesel engine is actually three different ones, all of which are turbocharged. The most powerful version, the D5, has been given an extra 22 horsepower and has a maximum output of 185 hp (136 kW). The increase provides excellent high-speed performance, with fast acceleration and efficient pulling power, even when driving up long, steep hills, with no need to change down.
Torque has also increased dramatically, from 340 to 400 Nm. This provides extra power and considerably quicker response at both high and low rpm.
“We have improved nearly everything in the engine,” says Jörgen Svensson, Chief Programme Engineer. “The driver will perceive it as a lively petrol engine, only more powerful and more environmentally efficient.”

New-generation turbo-charger
Most of the increase in performance can be attributed to an upgraded air and exhaust gas exchange system, a new turbocharger, and an improved injection system.
Most of the air and exhaust channels have been given increased volume and more gentle bends for more efficient gas-flow with low losses.
The new-generation turbocharger has electronic control, resulting in fast and precise control of the charge pressure. A larger compressor wheel provides higher torque and output. Furthermore, the variable vanes have been cambered for a more efficient flow of gas at all settings, resulting in an increased level of turbo efficiency. The improvements contribute to both faster acceleration and better high-speed performance.
The turbo centre housing is now water-cooled, which is unusual in diesel engines. This is caused by the higher performance of the new engine and provides continued cooling of the turbo after the engine has been switched off. This is particularly beneficial during short stops after high-speed driving, such as when refuelling on the highway.

Refined injection technology
As was previously the case, air swirls in the cylinders’ combustion chambers. The use of a new electronically controlled multi-throttle system in the inlet ports allows for infinitely variable regulation of the swirl level, and combustion can be adjusted extremely accurately according to the driving situation and the current engine speed and load.
“We have also made the combustion chambers larger, thereby lowering compression,” says Jörgen Svensson. ”By doing so, we have gained two things: higher performance and lower emissions.”
The injection system has been fitted with new injectors with seven finer nozzle openings as opposed to five in the previous engine. This results in a more finely atomized fuel mixture, and more efficient combustion. Injection takes place in three steps: pre-injection, primary injection, and post-injection. The last step is new and contributes not only to cleaner combustion but also to regeneration of the particulate filter.
A completely new, electronically regulated quick glow system results in considerably reduced glow times, also making it easier to start the engine in cold weather.

New management system contributes to reduced emissions
The new diesel engine has very low emissions, thanks to a number of new and refined functions. For example, emissions of nitrogen oxides (NOx) have been halved.
A new-generation engine management system, with increased capacity and a greater number of sensors offers more accurate control of the engine’s functions. This includes electronic control of the throttle and the new, more powerful EGR (Exhaust Gas Recirculation) valve for more precise regulation of the air supply and recirculation of exhaust gases.
“We also have a completely new EGR cooler,” says Jörgen Svensson. “This lowers the combustion temperature very efficiently, thereby reducing emissions.”

Particulate filter is standard
All versions of the new diesel engine have a particulate filter as standard equipment. It very effectively removes soot particulates from the exhaust gases, with filtration efficiency above 95%. The filter is a CDPF – Coated Diesel Particulate Filter, in which a special coating helps burn the particulates. Therefore, no additives are needed, and the filter requires no maintenance. Burning away soot particulates takes approximately 20 minutes and occurs automatically at 500 to 1000 km intervals, depending on driving conditions.

Three engine versions
The new diesel engine is available in three versions, all with the same cylinder volume and common technology:

In addition to the technical changes, the diesel engines’ service interval has been extended from 20,000 till 30,000 km.

Six-speed manual and automatic gearboxes
As standard equipment, the D5 engine is combined with a six-speed manual gearbox to accommodate its very high torque. The six speeds contribute to sportier driving. This gearbox is also available as an option with the 2.4D engine.
Furthermore, a new automatic gearbox will be introduced during the course of the year. It also has six speeds and is available as an option with the D5 and 2.4D. The new automatic transmission contributes to very fast response, particularly when the kick-down function is used. It also has a lock-up feature that is allowed to slip over a wide range of engine speeds for effective pulling power and good drivability, particularly when transporting heavy loads or towing a caravan.

All Wheel Drive with Instant Traction
The improved AWD system with Instant Traction, which was introduced on the Volvo XC90 V8, can now be combined with other XC90 engines. The system will also become available for four-wheel driven Volvo S60, S80, V70 and XC70s. Instant Traction makes starting easier on slippery surfaces by immediately distributing the right amount of power to the rear wheels the instant the car starts to move.
“The D5 engine with a six-speed gearbox and All Wheel Drive is a nearly unbeatable combination,” says Jörgen Svensson. “It offers enormous driving pleasure while also providing power and low-rpm capacity for the most demanding uses.”

Summary
Most of the measures taken on the new diesel engine result in both an increase in performance and reduced emissions. The primary purposes are explained in the following summary:

Descriptions and facts in this press material relate to Volvo Cars' international car range. Described features might be optional. Vehicle specifications may vary from one country to another and may be altered without prior notification.
To view the full copyright information click here
Media Contacts
Related Images
Apr 12, 2005 ID: 9004 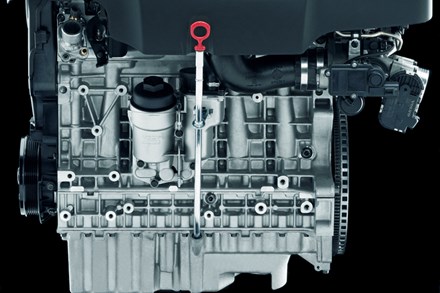 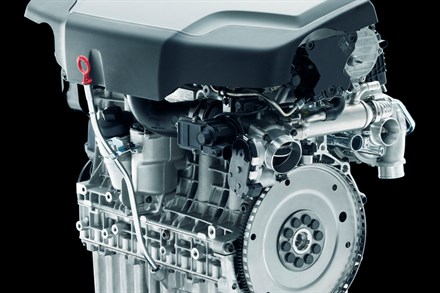 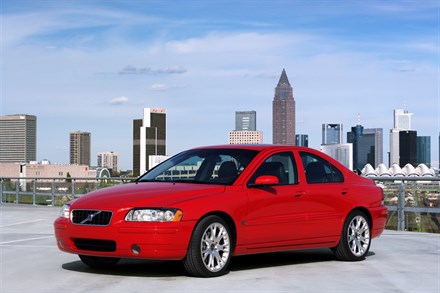 Volvo on the rise in the diesel segments – new generation promotes increased competitiveness
May 05, 2005 ID: 5053

Volvo on the rise in the diesel segments – new generation promotes increased competitiveness
May 05, 2005 ID: 5053