Volvo Cars’ design game: Bring your living-room into your car

The creation of a car interior with a strong Scandinavian flavour and new materials was the focus for colour and trim designer Maria Uggla when she worked on Volvo’s YCC, Your Concept Car. Maria is the woman behind the exchangeable seat pads in the acclaimed concept car.

“The seat pads are an expression of what things may look like in tomorrow’s cars, and we’re taking that a step further at the Salone Del Mobile in Milan,” says Maria. Off site in Milan, Volvo Cars show a new range of seat pads in freshly designed furniture fabrics.

“It’s exciting to try out furniture fabrics and interesting colours,” says Maria, who is particularly satisfied with the glossy green pad with its blasted floral pattern. It really is eye-catching and is light years away from the upholstery to be found in contemporary cars.

The collection has been put together for the Swedish Export Council’s Global Design Tour which, taking its cue from Design Year 2005, is displaying innovative Swedish design at furniture fairs in Stockholm, Milan, New York and Shanghai and during the Design week in Tokyo. In addition to the green upholstery, Volvo Cars also shows seat pads in a striped furniture fabric, grey-blue upholstery with yellow piping and a glossy white variant with green piping. There is also the long time favourite in trendy woven leather.

One new approach is to invite other Scandinavian designers as guest-creators. First off the mark is textile designer Gunilla Lagerhem Ullberg, who has created a seat pad in her Chinese-inspired Tiao Wang fabric.

In Volvo’s YCC concept car, all the decisions were made by women. The car was unveiled at the car show in Geneva in March 2004, and has attracted immense attention the world over. Since then, the YCC has toured 20 world cities, making its way to Asia in spring 2005.
The car is intended to serve as a think tank, a study of what tomorrow’s cars may look like.
“I worked long and hard so the customer can personalize the interior of the car to suit the individual tastes. Pretty much like today’s exchangeable telephone shells. The exchangeable seat pads are a way of introducing both new materials and new colours into car interiors,” explains Maria.

The pads are attached with keyhole fastener and magnets, and take about a minute per seat to replace. The basic collection features eight different pads, each matched with a conveniently replaceable hand-tufted mat.

Try the following mental experiment: picture your living-room, but decorated with the materials and the colours you have in your current car. Perhaps a settee upholstered in the fabric that covers your car seats? Hard, moulded rubber mat under the coffee table? A book-case made of black plastic with inlays of glossy polished walnut?

“Most people certainly don’t want to bring their car’s interior trim into their living-rooms, so we did exactly the opposite – we took the feeling of the living-room into the car and played around with the endless possibilities.”

Inside the YCC, all the horizontal surfaces are covered in pale laminated oak, all the functional surfaces where you communicate with the car are in brushed aluminium, and the seat supports are made of sturdy saddle-quality hide. All the materials have clearly visible edges. Maria wants to show an interior made of honest materials all through.

“For me, honest, light materials are important components in Scandinavian design,” says Maria.

Together with eight of her colleagues, Maria Uggla has received the prestigious “Woman of the Year” award from the car industry's leading trade magazine Automotive News Europe. And together with the YCC’s exterior designer Anna Rosén, she was voted “Woman of the Year 2004” by Swedish magazine Damernas Värld.

Keywords:
Design
Descriptions and facts in this press material relate to Volvo Cars' international car range. Described features might be optional. Vehicle specifications may vary from one country to another and may be altered without prior notification.
Media Contacts
Related Images
Feb 07, 2005 ID: 8983 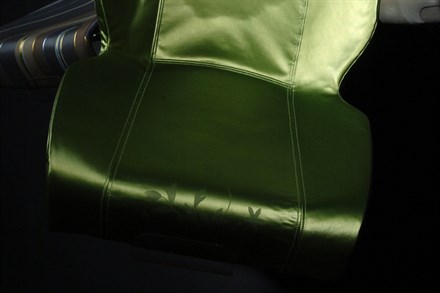 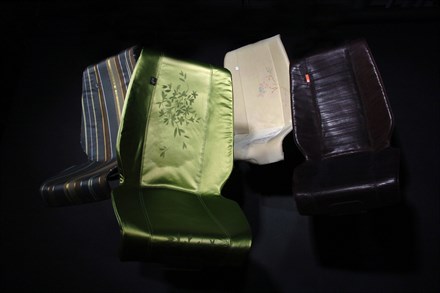 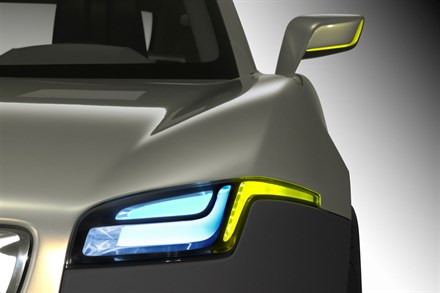