The first prize in Volvo Adventure Award for 2004 – an environmental challenge for young people all over the world – was given to the “Turning over a new leaf – from Environment to Empowerment” project, presented by the National Public School in Indiranagar, India. Hans Olov Olsson, President and CEO of the Volvo Car Corporation, handed out the award of 10,000 USD to finance their continued environmental work.

The 2004 Volvo Adventure Award for Young Environmentalists presented the international jury with a major challenge both as regards the number of projects and their variety. Entries from school classes from countries such as Russia, Guatemala and Tanzania demonstrated an amazing commitment by young people seeking to tackle significant environmental issues at a local level. What was particularly impressive to the judges was the enthusiasm and spirit of hope exemplified by all the participants.

“With all the environmental problems facing the world, it is the young people, the future generation’s world leaders, who will ultimately decide the fate of our planet,” said Theodore Oben of the United Nations Environmental Program, chairman of the Volvo Adventure jury.

The Volvo Adventure winner “Turning over a new leaf – from Environment to Empowerment” has found a solution to the environmental problem of burning dry leaves, which generates toxic emissions into the atmosphere. More than 500 families have learnt how to produce highly valuable compost through vermi composting, which converts dry leaves into organic manure using earthworms. This has not only enhanced agricultural productivity, it has also provided a valuable form of income for women in small rural communities, generated by selling the earthworms and manure. Through its highly practical environmental solutions, the project addresses the role of women, poverty and the environment on the Indian subcontinent in a highly positive fashion.

The problems of waste and water shortage were brought more vividly to the attention of the judges by the second award winner, from the island of Rodrigues, Mauritius. The Club Mer group clearly identified the major environmental issues associated with these problems and set out to find some practical solutions through the building of a demonstration house. The involvement of local people and politicians added strength to this innovative project.

Third place for 2004 went to a ‘save the species’ campaign from Croatia organized by Jakov Matunci, which aimed at raising public awareness for Gecko species. Jakov's one-man campaign shows how the efforts of one individual really can make a difference, given just a small amount of public support; his work is an inspiration to all.

All three top awards represent a crowning achievement for the 2004 Volvo Adventure Awards, while providing an inspiring glimpse and above all hope for the future in the hands of young people.

Volvo Adventure is an environmental programme for young people between 10-16 years of age. The aim of the programme is to increase environmental awareness and encourage environmental activities among the decision makers of the future. Environmental projects are undertaken by groups numbering a maximum of five participants, with the purpose of improving the local environment. The best projects from 15 countries participate in the international final in Göteborg, where the programme includes visits to the Universeum science museum, the Liseberg amusement park, Volvo and outdoor activities in the Swedish countryside.

Keywords:
Environment, Corporate
Descriptions and facts in this press material relate to Volvo Cars' international car range. Described features might be optional. Vehicle specifications may vary from one country to another and may be altered without prior notification.
Media Contacts
Related Images
May 05, 2004 ID: 8514 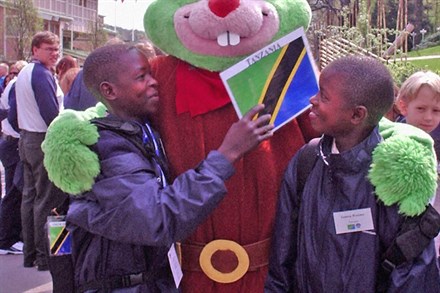 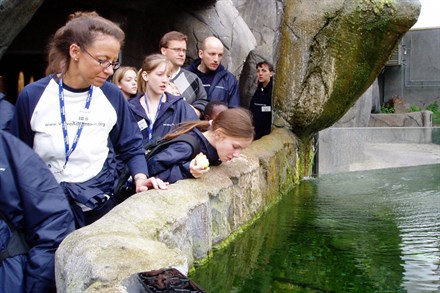 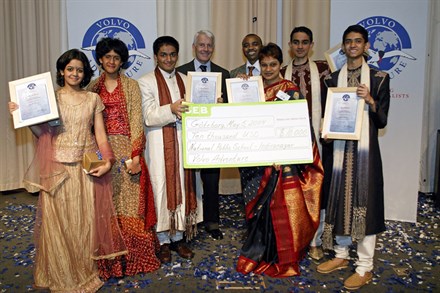