Volvo Cars Monitoring and Concept Center: A timeline for innovation

The following timeline demonstrates how the Volvo Cars
Monitoring and Concept Center (VMCC) has succeeded as an automotive think tank fulfilling its mission to ‘create, cultivate and realize innovative ideas for emotional products that beautifully express the future of the Volvo soul’.

1986 Volvo Cars Monitoring & Concept Center is founded as one of the first of its kind in trend-setting California. Its mission is to weld together design, business and technology to produce innovative car concepts. First General Manager is Gunnar Larsson.
1987 VMCC underscores its lust for innovative approaches by starting to use Alias software to digitally model their designs. As one of its earliest adopters, Volvo Cars helped pioneer and develop the use of Alias in the auto industry and remains a leader in simultaneous design and engineering.

1988 As a further demonstration of its innovation commitment, VMCC becomes the first car concept center in California to use SLA (sterio lithography technology) for making small scale models of both cars and components.

1992 VMCC draws the wraps off Volvo’s Environmental Concept Car (ECC), which receives acclaim from around the world for its groundbreaking approach to integrating advanced drive train technology and design, with a focus on the customer, into an extremely desirable and environmentally friendly product for the future. It becomes a preview of a new Volvo form language.

1995 A VMCC design proposal for the luxurious Volvo S80 Sedan is chosen for its stylish and exciting design building further upon the flowing form of the ECC.

1997 Volvo Cars chooses the exterior and interior design for the Volvo S60 developed by VMCC. The S60 goes on to become Volvo’s best selling car.

2001 Forging ahead with its visionary concept approaches, VMCC introduces another winning concept – Volvo Car’s Safety Concept Car (SCC). The SCC was called the ‘undoubtedly most intelligent car’ at the 2001 Detroit Auto Show by Automobile magazine, and was named Concept Car of the Year at the Auto Week Design Forum in conjunction with the 2002 NAIAS. Lars Erik Lundin becomes General Manager.

Keywords:
Design
Descriptions and facts in this press material relate to Volvo Cars' international car range. Described features might be optional. Vehicle specifications may vary from one country to another and may be altered without prior notification.
Media Contacts
Related Images
Apr 29, 2004 ID: 8462 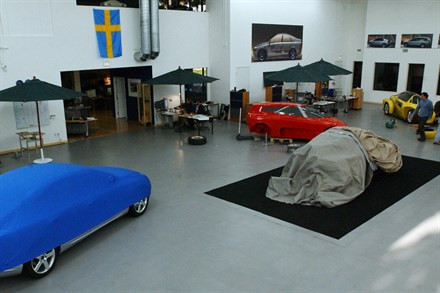 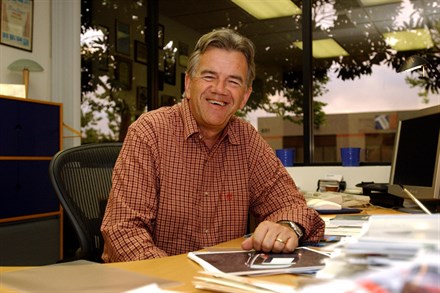