Directly after the unconventional launch of the all-new Volvo S40 and the Mystery of Dalarö, Volvo Car Corporation employs a similarly creative approach to the launch of their new sportswagon Volvo V50.
Again utilizing mass media to create awareness and buzz for the full story on the Internet,  Volvo presents a new short film – "The Route V50" directed by world-famed director Stephen Frears and starring academy-award nominee Robert Downey Jr.
The film begins with a man at the crossroads of a small uninhabited desert town. He says, “I was looking for a place called Confidence. I didn’t know how to find it, I didn’t know where to look; all I knew was that I'd been stuck for far too long and I really wanted to move on”.

Keeping with the themes of mystery, intrigue and self-discovery, Volvo continues with the long-film format housed on the Internet to launch their new V50.  Global Advertising Director Tim Ellis says, "This is a different car with a different target audience, and so we tell a different story. But there is a consistent overall brand message about our focus on life. Volvo thinks about cars, but perhaps what sets us apart is how we think about the lives of  the people who drive our cars."

According to Martin Buckley, a strategic planner from MVBMS Fuel,  Volvo's European agency that created the ads, " The man in the film played by Robert Downey Jr. struggles with the predicament that many people in their 30's face: do I move forward, or do I stay where I am? These questions create mixed emotions that push and pull him in different emotional directions: some positive, some negative that provide the highs and lows of his journey."

In the film,  the lead protagonist literally meets himself, in fact, several sides of himself, each defined by a distinct emotion, namely optimism, doubt, confusion and confidence.

Tim Ellis says, "The fundamental brand message is that Volvo provides you with  the confidence and flexibility to live and drive freely. The Volvo V50 key selling messages of versatility and safety are demonstrated naturally as the car is portrayed as a companion and carrier along this journey to self-discovery. This is more about discovery and less about outright selling. As with the Mystery of Dalarö, with this campaign we want people to discover Volvo and the new V50, and hopefully in doing so they might discover something about themselves."

After teaming up with Spike Jonze to create the Mystery of Dalarö, Volvo and MVBMS recruited Stephen Frears, director of the critically acclaimed "High Fidelity" and "Dangerous Liaisons" to direct the Route V50. Working with  famed actor Robert Downey Jr., Frears creates a mesmerizing portrait that works as a psychological riddle and puzzle. Buckley says, "If you want people to come to the Internet and spend their valuable time to view your film and product,  you better make it worth their while.  We know the true Volvo prospect is highly curious and appreciates advertising that is both creative and intelligent. To do that you need to engage them with involving content and collaborate with the right people to create excellent consumer experiences."

Further information
The documentary and the TV trailers can be seen at:
www.volvocars.com

Keywords:
Safety
Descriptions and facts in this press material relate to Volvo Cars' international car range. Described features might be optional. Vehicle specifications may vary from one country to another and may be altered without prior notification.
Media Contacts
Related Releases 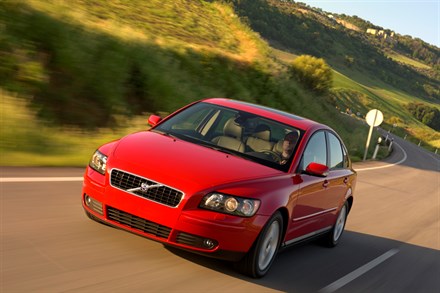 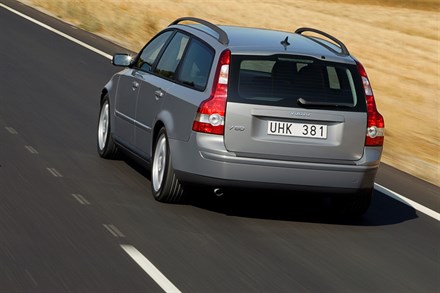