NEW YORK (April 7, 2004) --- Volvo Cars of North America, LLC (VCNA) and LEGOLAND® California are joining forces to promote driving safety and family values. As part of the recently announced partnership agreement between the subsidiaries of the two Scandinavian icons, a replica of Volvo's award-winning SUV, the Volvo XC90, was constructed of LEGO's famous modeling bricks. The Volvo XC90 made of LEGO bricks was unveiled today at the New York Auto Show.

How many LEGO bricks does it take to build a full-size SUV? The astute calculator with the correct answer will be announced at the vehicle dedication ceremony at LEGOLAND® California. The event is scheduled for May 1, 2004, at the family entertainment theme park, located in Carlsbad, California, just north of San Diego.

The Volvo XC90 made of LEGO bricks was built by LEGO Master Model Builders, members of an elite team of talented artists who design, create and maintain the thousands of LEGO brick models at LEGOLAND® California. Constructed at the U.S. headquarters for LEGO Systems, Inc. in Enfield, Conn., the Master Builders began production of the Volvo XC90 in January 2004. Noted as one of the top-three most gratifying projects of its kind for the Master Builders, the intricate stages of assembly were captured with time-lapse photography.

As the recognized leader of safety in the automotive industry, Volvo is the "Official Car" of LEGOLAND® California and will work with the theme park to bring messages of driving safety to the park’s 1.3 million annual visitors. The Volvo XC90 made of LEGO bricks, although not drivable, will stand at the park entrance as a symbol of the two companies’ commitment to safety and family.

"The partnership is a perfect fit with our ‘Drive - for Life’ initiative that focuses on affecting driver behavior and safety," said Vic Doolan, president and CEO of VCNA. "We will be working with LEGOLAND to develop innovative safety awareness activities."

Recently, LEGOLAND®’s popular Driving School (ages 6 to 13) and its Jr. Driving School (ages 3 to 5) were reintroduced to carry Volvo's name and reputation for safety. These popular park attractions offer children the opportunity to drive electric-powered vehicles made to look like LEGO bricks within the controlled environment of the drive course. The rules of the road are emphasized, as well as good safety habits such as buckling up seatbelts.

"By encouraging safety as a learned behavior at an early age, we all benefit - it's never too early to learn about the rules of the road," said Doolan.

“We specialize in family education and entertainment," said John Jakobsen, president and GM of LEGOLAND® California. "Our partnership with Volvo brings the type of quality and reputation that our visitors expect from their experience in the park. We could almost consider our driving programs a public service, in addition to fun and adventure," he said.

In addition to the award-winning XC90, the Volvo automobile line is comprised of:
the 2004.5 all-new S40 sedan; the sporty S60 sedan – including the award-winning performance sedan – S60 R, and its performance wagon counterpart – the V70 R; the flagship S80 luxury sedan; versatile V70 wagon and rugged XC70 (Cross Country); the C70 convertible; and, the compact S40 and V40 models.

LEGOLAND California is a 128-acre theme park geared specifically towards youngsters ages two through 12. With more than 50 family rides, "hands-on" attractions and shows, LEGOLAND California provides education, adventure and fun in this first park of its kind in the United States.

In addition to LEGOLAND California, there are three other LEGOLAND parks in the world - LEGOLAND Billund in Denmark; LEGOLAND Windsor, outside of London; and LEGOLAND Deutschland in Germany.

Keywords:
XC90 (2002-2014), Safety
Descriptions and facts in this press material relate to Volvo Cars' international car range. Described features might be optional. Vehicle specifications may vary from one country to another and may be altered without prior notification.
Media Contacts
Related Images
Apr 01, 2004 ID: 8360 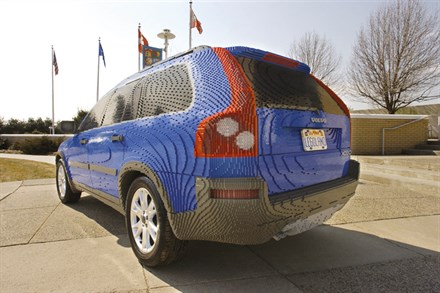 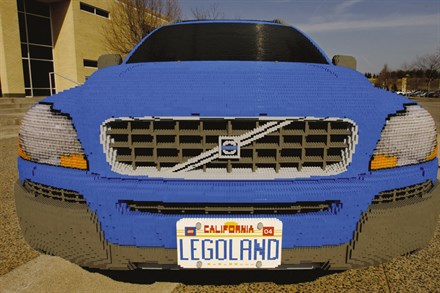