"We are happy and proud that the Prince has accepted our request," says Glenn Bourke, CEO of Volvo Ocean Race.
It is almost exactly 30 years ago – on April 9 – that the very first boat completed The Whitbread, which now is the Volvo Ocean Race.
Since then, the race has gone through a fantastic development. What used to be a round-the-globe sailing race for amateur sailors and enthusiasts is, today, one of the world's most extreme sporting events – a professional competition throughout.
"Our hope is that Prince Carl Philip will have the time and opportunity to support our race in different ways. We know that he has a keen interest in sports and that he has sailed a lot with his father, King Carl XVI Gustaf," says Glenn Bourke and continues:
"At a convenient occasion, before the race, we will invite the Prince to sail our new racing boat – the Volvo Open 70.”
The next Volvo Ocean Race will be the ninth since 1973-74. This time it will start in November 2005 in Galicia, Spain.
The first port after the start will be in South Africa. From there the boats will run towards Australia and New Zealand followed by Brazil, and the USA. The fleet will then return to Europe, where the finish is set to be.

Caption:
Prince Carl Philip of Sweden will be patron of the Volvo Ocean Race 2005-2006.

The Volvo Ocean Race
The Volvo Ocean Race will start with an in port race in Sanxenxo, Galicia, on November 5, 2005.
The start of leg one, the first offshore leg, will be from Vigo, Galicia, on November 12, 2005.
The Volvo Ocean race is a round the world yacht race featuring nine offshore racing legs.  Included in the 2005-2006 event will be an inshore race at each of the main stopover ports including the start port in Galicia.
Four teams from the last race measured the media value of their exposure. The results showed an average of US$50 million, which equates to a 200-300% return on their sponsorship investment.
Volvo Ocean Race achieved a cumulative audience of over 800 million viewers ranking it among the top international sporting events.
Research on awareness of the competing teams was also conducted which again showed an increase by up to 30% for some sponsors.

Descriptions and facts in this press material relate to Volvo Cars' international car range. Described features might be optional. Vehicle specifications may vary from one country to another and may be altered without prior notification.
Media Contacts
Related Images
Mar 30, 2004 ID: 8359 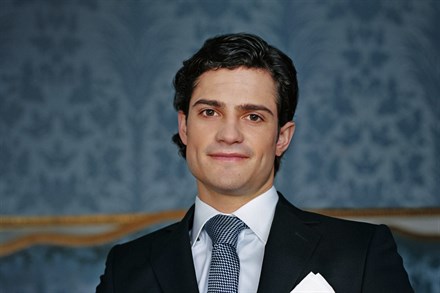