The move has received warm public reaction as it coincides with their current mentality
Volvo Car Corporation has initiated a series of nationwide civic events to raise the public consciousness to the car safety issue since last November.

The company hosted the first child safety seminar of its kind in China in Beijing on November 28, 2003.  After the meeting, it distributed free copies of the “Volvo Child Safety Booklet” nationwide and started recruiting “Volvo Safety Ambassadors in China”.  As the latter move has won particularly warm welcome from the public, Volvo Cars has now decided to increase the number of “Safety Ambassador” to 200.

According to Volvo’s original announcement, from November 28 to December 31, 2003, the first 60 consumers who buy Volvo S80 cars from Volvo Cars authorized dealers will be recruited as “Volvo Safety Ambassadors”.  They will be invited to Sweden to visit the Volvo Safety Center at Gothenburg and experience first hand the total safety system that Volvo puts in its cars.  After they return home, they will become active advocators of car safety knowledge and concept in China.  The market has reacted extremely warmly after the announcement.  In 10 days’ time, purchasers of new Volvo cars outnumbered the set figure.  To accommodate the requirements of more new customers, Volvo has decided to increase the number of “Safety Ambassadors” from 60 to 200.  Requirements for the additional candidates will be the same.

Warm reactions
The unprecedented warm reaction to Volvo’s recruitment of “Safety Ambassadors” is attributed to the increasing safety awareness of Chinese consumers.  With the steady improvement of living standards, the average Chinese people can now afford to buy their own cars and vehicle safety has become a major public concern.  According to statistics provided by the traffic control division of the Ministry of Public Security, in 2002, lives claimed by traffic accidents account for 78.5% of the death toll caused by all kinds of accidents.  In the first 6 months of 2003, the figure remains at 76.3%.  People are getting more and more aware that while they seek for a more comfortable and enjoyable life, they must place top priority on safety.  If one loses one’s life, all of one’s efforts will be spent in vain.  That is the current mentality of the modern Chinese people, which coincides with what Volvo stands for.

Currently, successful Chinese people are paying more attention to the quality and profile of life.  When they select their cars, they place first priority on driving and riding safety instead of luxury.  Volvo Cars stands for a life-focused core value concept and Volvo cars demonstrate a kind of under-stated passion.  All this has exactly reflected the psychological requirements of this segment of Chinese consumers.  That is why they have shown strong interests in Volvo’s activities and expressed their appreciation for Volvo’s high sense of social responsibility.

Vehicle safety education now is gaining momentum across China.  As the world leader in terms of vehicle safety, Volvo Cars has been widely recognized for its commitment to social responsibility and superior safety performance.
The company’s life-focused concept has been winning over more and more Chinese consumers.
The current recruitment of “Volvo Safety Ambassadors in China” is expected to boost the public awareness of Volvo’s safety image even further in the nation.

Keywords:
Safety
Descriptions and facts in this press material relate to Volvo Cars' international car range. Described features might be optional. Vehicle specifications may vary from one country to another and may be altered without prior notification.
Media Contacts
Related Images
Aug 27, 2003 ID: 8017 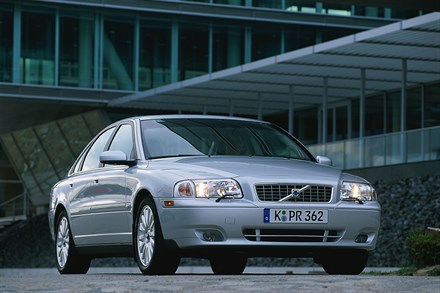