Rotterdam, Portsmouth and Gothenburg complete the Volvo Ocean Race 2005-06 route around the world

Rotterdam, The Netherlands, 11 February 2005 – Rotterdam (NED), Portsmouth (UK) and Gothenburg (SWE) were today announced as the last two stopover ports and the finish of the 31,250 nm Volvo Ocean Race 2005-06. All three ports are steeped in maritime history and all nations have historic links with the event and its thirty-year history.

Glenn Bourke, CEO of the Volvo Ocean Race today joined Mayor Ivo Opstelten at the Royal Yacht and Rowing Club ‘De Maas’ in Rotterdam to announce that Portsmouth and Rotterdam, one of the largest commercial ports in the world, will be the final two stopover ports of the Volvo Ocean Race 2005-06 and that Gothenburg (pending final negotiations) will host the finish of the world’s premier ocean race.

Portsmouth is famous as the home of the event at its inception in 1973 as The Whitbread Round the World Race.  It hosted the starts and finishes of four races from 1973 to 1986.  For 2006, it will be Portsmouth’s popular Gunwharf Quays and the Historic Dockyards, which will be the venue for the Volvo Ocean Race village and racing fleet from 23 May to 3 June.  There will be a spectacular in-port race held in the Solent, the narrow stretch of water between the mainland and the Isle of Wight so famous for yacht racing, on 29 May, when a huge fleet of spectator boats is expected.

Councillor Mike Handcock said, “Portsmouth is delighted to have been chosen as the UK stopover port for the Volvo Ocean Race 2005-06.  Bringing this famous race back to its original home, Gunwharf Quays will be a major event in 2006.  We will ensure the teams and sponsors receive the world famous Portsmouth welcome.”

After leaving Portsmouth on 3 June in an re-enactment of previous race starts, the fleet will race westwards down the English Channel and sail 1,500 nautical miles around Britain and Ireland to arrive in Rotterdam, the European Capital of Sport in 2005, on 9 June.

Holland has fielded many boats in this ocean grand prix, including the winner in 1977-78 and 1981-82 - the legendary Cornelis (Connie) van Rietschoten. Connie won the race twice in his two Sparkman and Stephens designed boats of the same name, Flyer and through his talent and professionalism he set new standards in ocean racing.

The Kop van Zuid in the centre of Rotterdam will most probably host the finish of this leg.  With easy and direct access to the sea, Rotterdam will also host the final, and possibly the most exciting, in-port race on 11 June, as well as the start of the finishing leg of the event on 15 June.

Mayor Ivo Opstelten said, “This is a great honour for Rotterdam and for The Netherlands. As European Capital of Sport for 2005, Rotterdam has developed a reputation for hosting world class sporting events. The ‘Volvo’ is a truly world class event – an ultimate test of technology, sporting skill and teamwork. These amazing boats, the world-class sailors, their back up teams and their sponsors will be our guests for seven days. We will give them a tremendous welcome and put on a fantastic show for them, the people of Holland and the rest of the world watching on TV and the web.”

The climax of the event will be the start of the nail-biting 500 miles to Gothenburg, Sweden on 15 June.  Gothenburg hosted one of the best stopovers during 2002 and it is of course the home of Volvo, making it a natural home for the finish on 17 June.

Volvo Ocean Race CEO, Glenn Bourke, commented,  “I am pleased that the result of many, many months of discussion have now come to fruition and we are able to announce the final race track for the Volvo Ocean Race 2005-06 here in Rotterdam.  The final three ports are steeped in maritime history, have a phenomenal sailing heritage, an inbuilt love of the sport and a strong relationship with the race, a combination which will give the race the final impetus needed as it enters its final and most exciting stage.

Descriptions and facts in this press material relate to Volvo Cars' international car range. Described features might be optional. Vehicle specifications may vary from one country to another and may be altered without prior notification.
Media Contacts
Related Releases 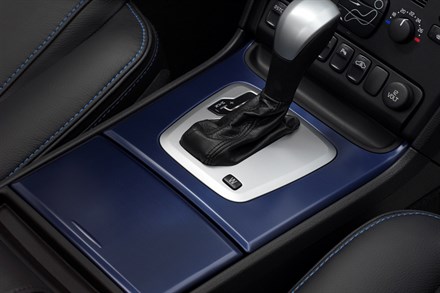