Volvo Car Corporation: In search of innovations making the world just a little bit of a better place to be

For Volvo Car Corporation business life is not just about selling a car that is nice to look at, comfortable, fun and safe to drive, but also about fulfilling less tangible obligations to customers that go way beyond more traditional expressions of consumer expectations.

In a competitive business and social environment governed by a world of infinite choice and driven by the need to deliver more, better, faster, Volvo Cars is facing up to the dilemma that not all it does is seen by everyone to be the ‘right thing’.

An essential part of the Swedish carmaker’s modern business ethos has to do with what it calls corporate citizenship, the effort to make a constructive contribution to society by balancing the needs of the company, its customers, society and future generations. For Volvo Cars that means acknowledging the paradox that while the motor vehicle has been a tremendous power for good and development by bringing immense freedom and quality of life, it has also sparked problems relating to pollution, congestion and health.

“Where do our responsibilities as a carmaker begin and end,” asks Hans-Olov Olsson, Volvo Cars President and CEO in the company's recently published 2002 Corporate Citizenship Report. And he answers his own question by noting that reality is seldom black or white.

“The dilemma’s we face often appear insoluble … many of the solutions we adopt are compromises that may be acceptable to most people, but fail to satisfy all,” says Hans-Olov Olsson.

“One of the most popular car segments today is Sport Utility Vehicles (SUV’s). Although their fuel consumption is higher and their safety standards have been questioned, people clearly want them. Volvo decided to launch an SUV that meets high safety and environmental standards. I’m happy to say Volvo's XC90 SUV has won substantial acclaim, not least for its safety features.”

Volvo Cars sells just under one percent of the 57 million or so cars sold every year, making it one of the smallest carmakers in the world. Having carved out an enviable reputation as a maker of premium cars offering excellent safety and environmental performance, Volvo now also seeks to be a leader in corporate citizenship.

“Transparency and honesty are vital to forging strong partnerships between ourselves as a manufacturer competing in a highly competitive environment and the communities and societies in which we are an integral part,” stresses Sven Eckerstein, deputy CEO and chairman of Volvo Cars environmental council. “This is also a prerequisite for beneficial relations with non-governmental organizations and public authorities.”

To help it deliver on its promise, Volvo Cars has created a tough ‘corporate citizenship scorecard’ enabling it to plot its progress towards contributing to sustainable development.

Volvo Cars 2002 scorecard uses eighteen points and major key performance indicators (KPI’s) describing the environmental, social and economic aspects of its activities. The indicator considered most appropriate and most applicable is used in each case, each being assigned a plus, equal or minus sign, depending on whether an improvement or deterioration has taken place during the year. Each plus is regarded as a step towards sustainable development, while a minus is a step in the wrong direction.

“The scorecard shows that nine of a total 18 key performance indicators improved during the year, two remained unchanged and seven were worse than the year before,” says Sven Eckerstein.

On the positive side, Volvo Cars has improved in the area of customer satisfaction, sales of cars run on alternative fuels and diversity. On the other hand, the scorecard also revealed an anticipated rise in average fuel consumption due to the launch of the Volvo SUV and a slight decrease in employee satisfaction following a substantial improvement in 2001.

Between December 2002 and May 2003, Volvo Cars concluded a series of meetings discussing the role of car manufacturers, expectations upon Volvo Cars and other issues with human rights organisations, environmental agencies, consumer associations, trade unions, public bodies and the research community in Sweden, Britain and the US. The overarching message was unambiguous: Volvo Cars is expected to tackle such issues in more ways than simply developing better and better cars.

“Frankly, most companies motivate their corporate citizenship efforts through improved customer and employee loyalty. We think this is true, but we also see corporate citizenship as a fresh competitive tool because an understanding of the long-term challenges facing society is a force for innovation and creation of business opportunities,” stresses Hans-Olov Olsson CEO and President.

“Volvo Cars believes more in evolution than revolution because there are no simple solutions. Clearly we will have to stretch the limits of what is possible in order to achieve a good sense of balance,” concludes Hans-Olov Olsson.

Background
Volvo Car Corporation, committed to safety and the environment, sells over 400,000 cars every year in more than 100 markets globally. Making cars since 1927 and employing 28,000 people, Volvo Car Corporation is a member of the Premier Automotive Group within Ford Motor Company.

You can also read the Volvo 2002 Corporate Citizenship Report on www.volvocars.com/citizenship or read the pdf-file under "Related Information".

Keywords:
Safety, Environment, Quality, Corporate, Sustainability
Descriptions and facts in this press material relate to Volvo Cars' international car range. Described features might be optional. Vehicle specifications may vary from one country to another and may be altered without prior notification.
Media Contacts
Related Images
Feb 05, 2002 ID: 7271 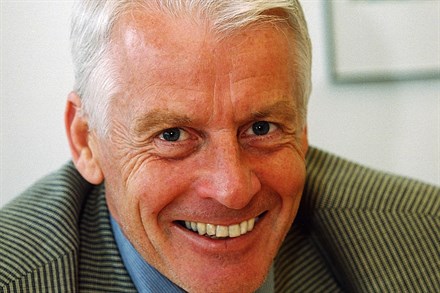 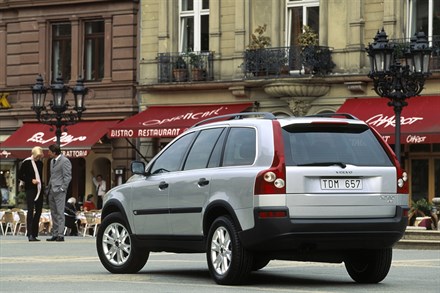