Unique design details both inside and out

The Volvo XC90 is Volvo Cars’ biggest sales success ever in the company’s history – and now yet another model variant is grabbing the spotlight.

The Volvo XC90 Executive is the car for customers who want to spice up the SUV experience with an exceptionally high specification level encompassing a number of unique details.

On the outside, the Volvo XC90 Executive has body-colour door handles and side trim mouldings, an egg-crate grille in a unique silver metallic colour, polished aluminium roof rails, rear under-chassis guard and a chrome XC90 Executive badge.

The Volvo XC90 Executive is available in six colours, of which two (White Pearl and Titanium Grey Pearl) are not available on other XC90 models.

The exclusive interior trim is dominated by leather and wood.

The seats in the two front rows have extra-soft leather upholstery with piping in a contrasting colour.

The door panels and front door armrests are upholstered in the same type of leather, with seams in a contrasting colour.

In addition to the red walnut trim found in other XC90 models, the wood trim is also echoed in the top of the centre console, the gear selector knob and around the window lift buttons.

The mats on the floor and in the luggage compartment are extra thick.

There is a clothes-hook integrated into each front seat.

Like the front seats, the seats in the second row also have storage pockets set into their front.

There is an optional refrigerator with space for four half-litre drinks cans. The refrigerator is integrated under the armrest between the front seats.

It is also possible to specify an RSE (Rear Seat Entertainment) system.

RSE consists of an integrated DVD player in the front middle armrest, two rear-facing 7-inch screens built into the back of the front seat head restraints, wireless earphones and a remote control.

The system also includes sockets for other entertainment sources, such as an additional DVD player, an electronic games console or a video camera.

Since the two screens can be operated independently of each other, two passengers can for instance watch a film on one screen while the third passenger plays his or her favourite game or watches another film on the other.

The Executive model is available with T6 power, that is to say an in-line six-cylinder petrol engine producing 272 hp, or with the D5 engine, Volvo’s own five-cylinder 2.4-litre turbodiesel that puts out a healthy 163 hp.

The Volvo XC90 Executive will be introduced at the end of May in conjunction with the PGA golf tournament at the renowned Wentworth club outside London. Deliveries of the first cars will take place in late summer.

The sales target for the Volvo XC90 Executive is 3,000 cars a year. The USA, Britain and Germany are expected to be the three biggest markets.

Keywords:
XC90 (2002-2014), Design
Descriptions and facts in this press material relate to Volvo Cars' international car range. Described features might be optional. Vehicle specifications may vary from one country to another and may be altered without prior notification.
Media Contacts
Related Images
May 13, 2003 ID: 7897 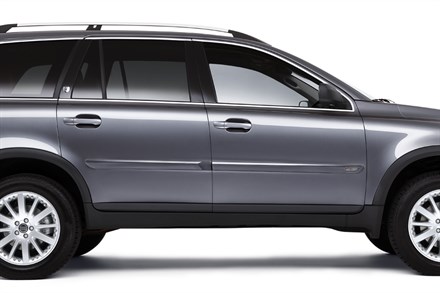 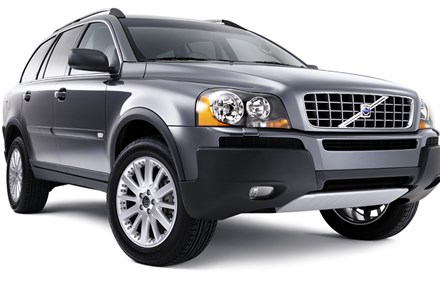