The fifth millionth car was a Volvo V40 D2 that rolled off the assembly line in Ghent at the end of 2012. The almost 5,000 plant employees got to sign their names on the car, and today it is on display at the Brussels Motor Show.

"Signing off this car is symbolical for our craftsmanship and our teamwork - we, all together, make these cars. The fifth million Volvo doesn't mark the end of a great history - we continue to play a prominent role within the Belgian economy and we continue to invest in Ghent," says Geert Bruyneel, Managing Director of Volvo Car Gent.

The Ghent plant has grown into Volvo's largest in terms of the number of cars produced, according to Lars Wrebo.

"Since 2004 production has increased noticeably following our decision to focus production of Volvo's smaller models here. Volvo Car Gent will continue to be a cornerstone of our industrial structure," says Lars Wrebo.

At present three different Volvo car models are built here. The Volvo XC60 was introduced in 2008 and is currently the best-selling Volvo the world over. Since last year the Volvo V40 and its V40 Cross Country variant are also built here. Both models got off to a very promising sales start. The third model produced in Ghent is the Volvo S60, with production starting in 2010.

History of the Ghent plant

Volvo Car Gent started car production in 1965. The first car that left the assembly line was a Volvo 120, perhaps better-known as the Volvo Amazon. When production of the smaller Volvo models was transferred from NedCar in the Netherlands to Ghent, capacity grew to 270,000 cars. A third shift was introduced in the plant in conjunction with that move.

Keywords:
Product News
Descriptions and facts in this press material relate to Volvo Cars' international car range. Described features might be optional. Vehicle specifications may vary from one country to another and may be altered without prior notification.
To view the full copyright information click here
Media Contacts
Related Images
Jan 10, 2013 ID: 47268 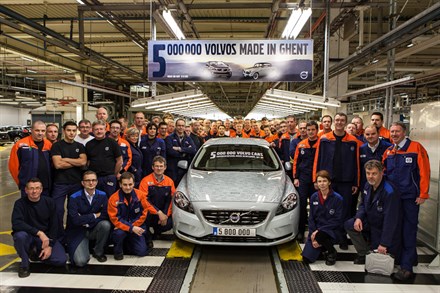 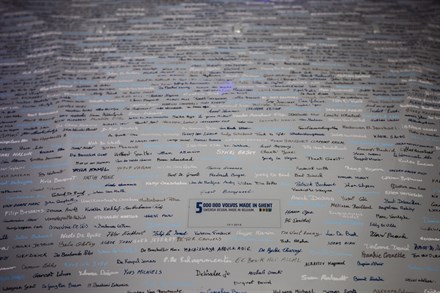