Success for Volvo in Golf in South Africa

It would be difficult to imagine an event that encompasses a wider spectrum of golf - professional and amateur, individual and team, formal and informal, players from all over the world - than the week of the Volvo Golf Champions and the Volvo World Golf Challenge which has just finished at the fabulous Fancourt Estate in Western Cape, South Africa.

This unique and extensive mix of events is an unparalleled opportunity for Volvo to interact with customers and prospects. Thanks to massive media coverage, Volvo also gets to showcase the brand including vehicles on display on site.

The professional event - the Volvo Golf Champions - is a world-class tournament open only to last year's European Tour winners and players with at least ten victories in their career.

The event offers important marketing and relationship management opportunities - it is preceded by the exclusive Pro-Am and followed with After The Champions where customers and stakeholders get to play the stunning Links Course the day after the event with the course set up in the same way.

The Volvo Golf Champions came to a thrilling climax on Sunday, attracting thousands of spectators to the event, when the leading 11 finishers contained no fewer than 8 Major winners. Screened live on television across the globe to a potential worldwide audience of hundreds of millions of people, Ernie Els and Retief Goosen were joined by emerging star Brandon Grace in a play-off. Playing the last hole in sudden-death, Grace managed to win and claimed the winners' cheque of €350,000.

In parallel, the amateur competition - the World Final of the Volvo World Golf Challenge - was the culmination of hundreds of qualifying competitions held in more than 25 countries and attracting in excess of 50,000 enthusiastic club golfers. The 55 finalists played two rounds and Italian Johannes Zelger held his nerve to win by two shots from Austrian Henning Frech, with young Swede Mikael Hedberg in third. An additional excitement which is attracting ever-increasing interest is that the following day, the top-finishers each got the chance to take part in ‘Playing With The Pros', live on television on the European Tour.

South African hero Retief Goosen and English star Lee Slattery partnered Volvo-customer and amateur Mark Vandenberghe from the UK to victory. The Pros were excited about each winning a Volvo V60, whilst Mark had the time of his life, a day he will never forget.

This unique combination of the amateurs joining the pros for one round during their tournament has been a driving force in attracting club golfers from all over the world into playing in Volvo events.

Keywords:
Events/Activities, Sponsorship
Descriptions and facts in this press material relate to Volvo Cars' international car range. Described features might be optional. Vehicle specifications may vary from one country to another and may be altered without prior notification.
Media Contacts
Related Images
Jan 23, 2012 ID: 41815 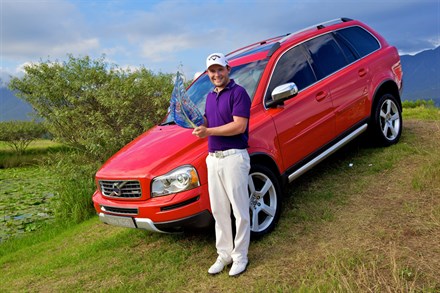 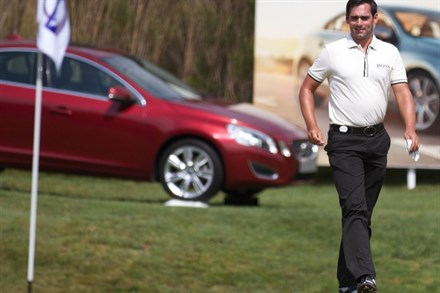