"The gasoline plug-in hybrid is ideal for the American motorist who wants an electric car while at the same time retaining all the power and capacity that comes in his or her present vehicle," says Stefan Jacoby, President and CEO at Volvo Car Corporation.

A diesel-electric V60 Plug-in Hybrid is Volvo Car Corporation's first production model with this new technology, and the car will go on sale in Europe later this year. In order to make the solution viable for U.S. and Chinese buyers, it needs to feature a gasoline engine. In the XC60 Plug-in Hybrid Concept, the electrification technology is blended with a state-of-the-art 280-horsepower four-cylinder gasoline engine.

"The combination brings the ingenious plug-in hybrid solution into the global context we are aiming for with all our car models. The gasoline version has great potential in several markets that are vital for our ambitious growth plans, such as the United States, China and Russia," Stefan Jacoby says.

"From a U.S. market perspective, a gasoline plug-in hybrid would be an excellent addition to our product offer," says Patty Hooley, member of the Dealer Council of Volvo Cars North America.

An electric motor producing 70 horsepower - combined with a four-cylinder turbocharged gasoline engine - gives the driver a muscular power plant packing a total of 350 horsepower. Yet this very same car can be driven up to 35 miles (charge depleting range, U.S. certification driving cycle) on electricity alone or as a high-efficiency hybrid with operational fuel economy 50 mpg. The U.S. certification standards include emissions from the production of the electric energy. According to the European certification driving cycle NEDC, CO2 emissions are 53 g/km (2.3l/100 km) - which translates into fuel economy of over 100 mpg.

"Our goal is to be a leading brand within fuel efficiency," Stefan Jacoby says. "In the XC60 Plug-in Hybrid we emphasize how a blend of state-of-the-art combustion technology and innovative electrification can be an unbeatably attractive bridge to a future where the all-electric cars become more established in the market."

Keywords:
Volvo XC60, Product News
Descriptions and facts in this press material relate to Volvo Cars' international car range. Described features might be optional. Vehicle specifications may vary from one country to another and may be altered without prior notification.
To view the full copyright information click here
Related Images
Jan 10, 2012 ID: 41613 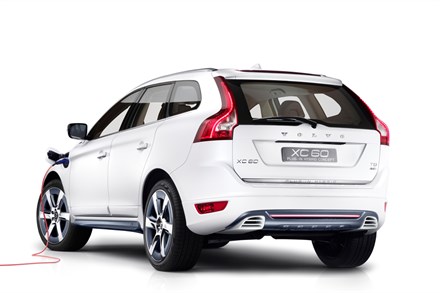 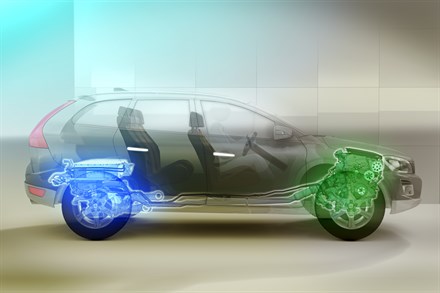