Colin Montgomerie, Louis Oosthuizen, Matteo Manassero and Tom Lewis are the latest stars to confirm their entry into the European Tour's first-ever true ‘tournament of champions' event, the Volvo Golf Champions,  at The Links at Fancourt, from 19th - 22nd January.

Reigning Champion, Paul Casey said, "I had a great time at the inaugural Volvo Golf Champions in January. I liked the added format whereby Darren Clarke and I were paired with one of Volvo's customers, English amateur Kevin Aherne for one day and, after a most enjoyable and relaxing round, we won the Volvo Golf Champions Amateur Pro Team Competition, with Darren and I winning Volvo S60:s! More importantly I ended the week by claiming the victory."

Louis Oosthuizen, winner of the 2010 Open Championship joins a strong home challenge alongside fellow major winners, Goosen and Schwartzel. The South African trio have won six European Tour events on home soil and will each be hoping to add the Volvo Golf Champions title to their C.V.s.

Local hero Louis Oosthuizen, whose home course, Mossel Bay Golf Club, is only 40km from Fancourt is very much looking forward to the 2012 Volvo Golf Champions, commenting, "It's a real honour to have the event on the Western Cape and of course all the South African boys will be going all out to win it," says the man whose career was aided by being part of the Fancourt-based Ernie Els Foundation, adding, "If I were to win the Volvo Golf Champions, it would be the closest I had won to home."

There is already a delightful mix of experience and exuberance in the field with, for example, forty-something Montgomerie boasting 32 European Tour titles while 18-year old phenomenon Matteo Manassero has already notched up two wins since turning professional last year and 20-year old Tom Lewis burst on to the Tour winning only in his third event as a Professional at the Portugal Masters last month.

Colin Montgomerie, an eight time winner of the European Tour Order of Merit, commented, "I have had a disappointing year on the golf course and so I am hoping for a strong start to my 2012 season at the Volvo Golf Champions to set the tone for the rest of the year."

Defending Champion, Paul Casey concluded, "I am looking forward to defending my title against a field of 2011 European Tour champions at Fancourt in January. The European Tour is in excellent health with many of our players leading the world rankings and a really exciting crop of young players such as Tom and Matteo coming through who have already posted some very impressive wins on Tour. It is definitely going to be a tough week and a great showcase for European golf."

The Volvo Golf Champions is an exclusive, limited field event with no cut, open only to European Tour players who have won an event on the previous year's European Tour International Schedule, the only exception being current Tour Members with more than ten European Tour victories. An unprecedented gathering of global golfing talent is expected to line up at the world-acclaimed Links at Fancourt, recently voted number one course in the country and originally designed by South African golf legend Gary Player.

About Volvo in Golf

In 1988, Volvo changed the face and fortunes of the European Tour and has been a pioneer in golf for many years, successfully using its high-profile events portfolio to position the premium brand and create sustainable business partnerships with clients passionate about the sport. Thanks to effective media exposure, millions around the world have seen the renowned blue brand on the tees, greens and fairways of the world.

Customer facing events:
Volvo World Golf Challenge - one of the most inclusive global golf series in the world targeted to Volvo's customers, with its World Final staged in conjunction with the Volvo Golf Champions. Volvo's customers are then offered the golf experience of a lifetime by 'Playing with the Pros' during the professional tournament, a completely unique possibility.

Volvo Event Management - Golf has been headed by its President, Per Ericsson since June 2008 and has a core in-house staff supported by specialist consultants.

Keywords:
Life Style, Events/Activities, Special Interests, Sponsorship
Descriptions and facts in this press material relate to Volvo Cars' international car range. Described features might be optional. Vehicle specifications may vary from one country to another and may be altered without prior notification.
Media Contacts
Related Images
Nov 29, 2011 ID: 41295 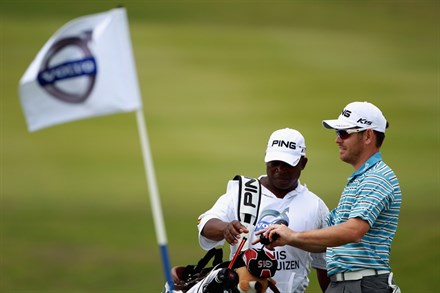