Race around the world on your desktop

The winner of the 2011-12 edition of the Volvo Ocean Race Game, which enables online players to race a virtual Volvo Open 70 around the world following the course of the actual race, will drive away in a brand new Volvo XC60 car.

Exactly like the world class professional sailing teams competing in the Volvo Ocean Race for real, players of the game will use live weather data to help them choose the fastest track and the optimum sail combinations to navigate their virtual boats around the world as quickly as possible.

Created by multiplayer online gaming specialists United Games, the all-new game will be launched on October 29, the day of the in-port racing in Alicante, and features many enhancements over the previous version which attracted over 220,000 players during the 2008-09 Volvo Ocean Race.

"We're very excited to show the game to all the Volvo Ocean Race fans. There have been a lot of changes since the last virtual edition of the Volvo Ocean Race Game. Social media exploded, Twitter has become the number one newsfeed. With this in mind our team created a state of the art racing game where players can test their ability to navigate a Volvo Open 70 across the oceans.

"The last edition of the game was a huge success, though we think that the Volvo Ocean Race Game 2011-12 will outclass all sailing games. With Facebook integration and easy playable via mobile we can assure it will be easier to connect and sail your virtual yacht. But be aware, the competition will be also harder with over 500.000 boats on the water."

Facebook players will be able to tag friends and check how they are faring against them as well as sharing the game with other Facebook users. A built in "Friend Bar" within the game interface will enable all players to create and interact with their own communities as they play the game. Players will also be able to post to Facebook and Twitter directly from the game itself.

Other enhancements mean that the latest version will be significantly faster than previously and will enable novice players to quickly become proficient, while also challenging more expert players. Entry in the game is free but players will be able to purchase extra credits to access special features and information.

A host of additional exclusive prizes will be given away during the race including VIP visits to stopover race villages and rides on Volvo Open 70s, as well as Volvo Ocean Race gifts and other special merchandise.

Volvo Ocean Race Communications Director, Jon Bramley said "Integration with Facebook and Twitter and the fact that the game can be played on several major news and sports websites, as well as on mobile devices, will dramatically extend its reach. The Volvo Ocean Race already has more than 50,000 Facebook fans and we are looking forward to welcoming many more when the game launches."

Before the start of Leg 1 of the Volvo Ocean Race from Alicante, Spain to Cape Town, South Africa on November 5, players will have a chance to try out the new game during an official Practice Race from October 29 to November 2.

For the Media Guide in English: http://bit.ly/qGQQKZ

Keywords:
Special Interests, Sponsorship
Descriptions and facts in this press material relate to Volvo Cars' international car range. Described features might be optional. Vehicle specifications may vary from one country to another and may be altered without prior notification.
Media Contacts
Related Images
Mar 01, 2011 ID: 36467 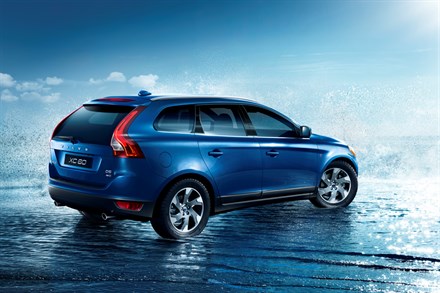 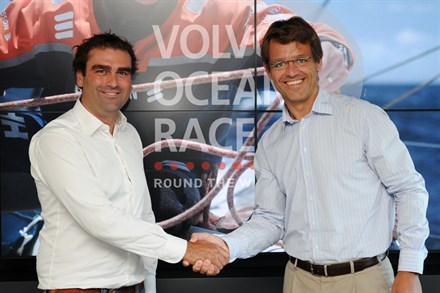