At a press conference in Beijing, Volvo Car Corporation today announced a new global brand strategy - "Designed Around You" - as an important part of the brand's global revitalization plan. The management team from Volvo Car China also presented the progress of the China Growth Strategy including a sales improvement of 36 per cent for the first half of 2011.

At a well-attended press conference in Beijing on August 23rd, "Designed Around You" was announced as the new global brand strategy, an important component of Volvo Car Corporation's global revitalization plan.

The strategy points out the direction of Volvo's future brand development, and the key word is human.

"It summarizes our approach to understanding people, giving them a luxury experience that is a little more human-oriented - while at the same time linking firmly to our heritage of building safe and dependable cars.", said Richard Monturo, Vice President Global Marketing, Volvo Car Corporation, and continued;
"We are the most human-centric car brand in the industry. And we need to communicate that to our customers."
The new brand direction will be further demonstrated at the Frankfurt Motorshow in mid-September.

Also present at the press conference was the management team from Volvo Car China. Since last August, Volvo Car China has grown from a national sales company into a full-fledged organization including sales and marketing, manufacturing, purchasing, product development and all other supporting functions, headquartered in Shanghai.

In connection to the press conference, Volvo Car China also celebrated the opening of a new representation office in Beijing to strengthen its presence in the Chinese capital.

The introduction of the S60 sedan and other model year 2012 variants has won positive feedback from the market and sales volume in China surged by 36% to 21,000 units in the first six months of 2011 compared to the same period the previous year. For the first half of 2011, the XC60 crossover was the best selling Volvo model in China, followed by the S80L and the S60 sedans.

The sales network in China is expanding systematically, now totaling 117 dealerships nationwide. Further, the Chengdu plant construction has been kicked off and investigations are ongoing for a potential second plant.

"We now have the right market growth, the robust strategy and the right organization and people to successfully carry out the growth strategy in the Chinese market", said Freeman Shen, Senior Vice President and Chairman, Volvo Car China Operations.

Keywords:
Facilities, Events/Activities, Corporate
Descriptions and facts in this press material relate to Volvo Cars' international car range. Described features might be optional. Vehicle specifications may vary from one country to another and may be altered without prior notification.
Media Contacts
Related Images
Aug 25, 2011 ID: 39857 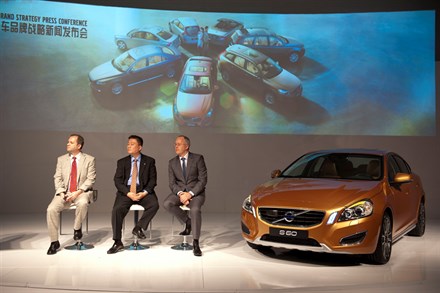 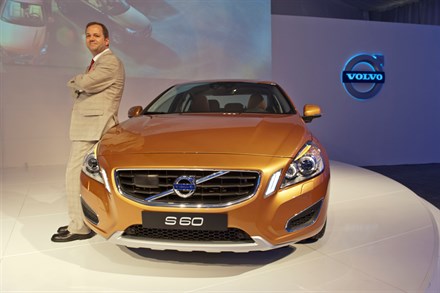