Robert Dahlgren and Volvo Polestar Racing secured their best ever WTCC result with fourth in the first race and seventh in the second race at Oschersleben in Germany.

"I am really happy with the weekend, we have established ourselves in the top and the car has never been stronger," said Dahlgren.

"We were quick in qualifying and I am especially pleased with that we were in the top of all sessions despite our limited experience of the track and no matter if it was wet or dry," said Dahlgren.

The Oschersleben weekend offered mixed weather conditions with everything from a soaking wet track to a completely dry track. The first race was wet while the track had dried up for the second race.

"The races were eventful and I was almost turned around in the first race which forced me to fight hard to get back up. But overall two very good races with a strong race pace," said Dahlgren.

"We are reaching the results that we are planning for. We have established ourselves in the top five, something that is rewarding for the entire team," said Christian Dahl, Managing Director of Volvo Polestar Racing.

WTCC continues at Valencia in Spain after a summer break of five weeks, yet another new track for Volvo Polestar Racing.

"Valencia is new to us just as Oschersleben and it is going to be a great challenge. But we proved this weekend that our package is stronger than ever and that we belong in the top five. That is where our aim is for the rest of the season," said Dahlgren.

Keywords:
Motorsport
Descriptions and facts in this press material relate to Volvo Cars' international car range. Described features might be optional. Vehicle specifications may vary from one country to another and may be altered without prior notification.
Media Contacts
Related Images
Aug 01, 2011 ID: 39650 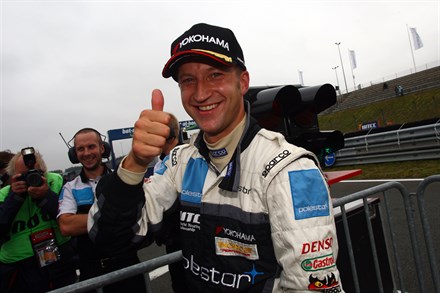 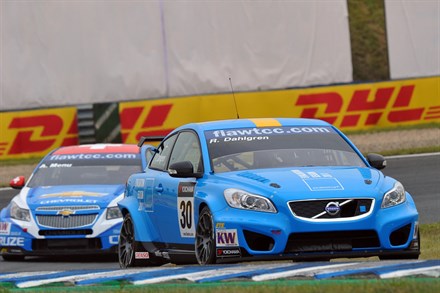