The double race weekend for Volvo Polestar Racing in Sweden and Portugal evolved into a challenge for the Swedish team and its drivers. Falkenberg, the stage for the STCC round is the fastest track in the series with an average speed of 170 kilometers per hour. Porto, the host for the WTCC round, is a fast, narrow and bumpy street circuit surrounded by concrete barriers.

Starting heat one from a third and ninth position respectively, Rustad and Thompson got their STCC weekend destroyed in the very first laps. Thompson was forced over the curbs to avoid a crash, damaged his oil sump and retired, leaving his mechanics in a battle against time to make the car run at all for the second heat.

Simultaneously, Rustad was sent off the track at over 180 kilometers per hour when trying to pass Rickard Rydell for a second position. This forced him to an unplanned pit stop and a fifteenth starting position on the grid in the second heat. Rustad was not ready to call the day; instead he fought his way up to finish seventh and set the fastest lap time.

Fortune would prove no better for Robert Dahlgren in WTCC. Being a new track and only the second race with the new turbo engine, Dahlgren and the team had 30 minutes during free practice to explore the limits of the car and the track for an ideal set-up. In doing so, Dahlgren hit the concrete wall at 140 kilometers per hour damaging his rear suspension. Although the team lost valuable track time, they managed to advance Dahlgren through to the second qualifying session, complete both race heats, gather valuable data and finish seventh in heat one.

"It is in situations like these you become really proud of our team and drivers. Although both squads realized early that results will be shy at best, morale remained high with everyone focused and pushing hard. This never-give-up mentality is exactly why we win many races and championships" says Derek Crabb, Motorsport Director for Volvo Cars.

While STCC enters the summer break and returns in August at Karlskoga, WTCC is back in two weeks at Donington Park in England.

"Donington is one of my favorite tracks where I have driven more kilometers than all the tracks we have driven on so far together. We have progressed quite a bit with the new engine and I believe we are in a good position for a strong result in England" said Dahlgren.

Keywords:
Motorsport
Descriptions and facts in this press material relate to Volvo Cars' international car range. Described features might be optional. Vehicle specifications may vary from one country to another and may be altered without prior notification.
Related Images
Jul 04, 2011 ID: 39086 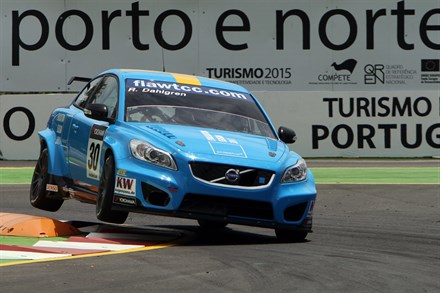 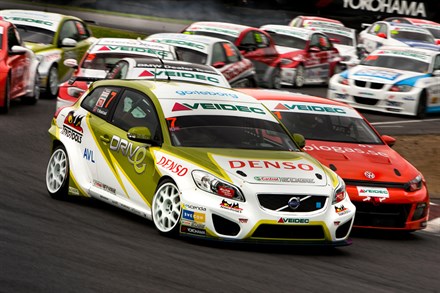