Volvo Polestar Racing and Robert Dahlgren gave their strongest performance yet in WTCC (World Touring Car Championship) at the fourth round on Hungaroring last weekend. Dahlgren was in the top of the field from the first test to the last race in front of an audience of 75,000 spectators.

"I am really pleased with the weekend and the results are really a team effort. We have been in the top all the way despite the very hot weather, torrential rain and crashes," said Dahlgren.

Despite not having a turbo engine, Dahlgren made his and Volvo Polestar Racing's best ever qualifying result with sixth on the grid, just four tenths from pole position. But the first race ended in the first corner.
"Someone hit my front right tyre and the suspension broke. But the team did an amazing job and managed to repair my car before the race was over so I didn't have to start last in the second race," said Dahlgren.

The second race became chaotic with a sudden torrential rain shower, creating a very wet track but also a track that would dry up very quickly during the race thanks to the 30 degree heat at Hungaroring. Dahlgren started ninth and fought his way up to fourth, but lost to ninth due to a penalty.

"It was tough to get the penalty, but I respect the decision. It is tight and though in the WTCC, especially with such a wet track and incidents do happens, as we saw in the first race when I got hit," said Dahlgren.

"We cannot be anything else but pleased, Dahlgren has been great this weekend and all the hard work from the first races has played off. We are where we expected to be in the results and it is promising for the coming races," said Christian Dahl, Volvo Polestar Racing Team Manager.

WTCC continues in two weeks at Brno in Czech Republic.

Keywords:
Motorsport
Descriptions and facts in this press material relate to Volvo Cars' international car range. Described features might be optional. Vehicle specifications may vary from one country to another and may be altered without prior notification.
Media Contacts
Related Images
Jun 07, 2011 ID: 38618 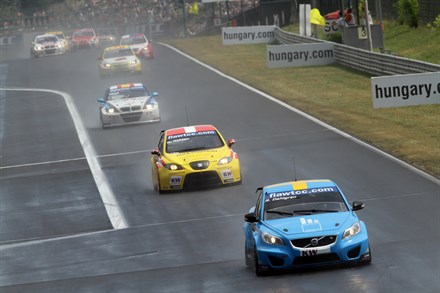 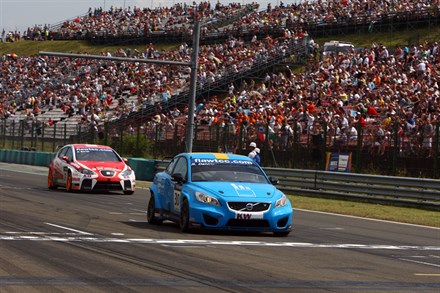