The Volvo XC90 is a successful car, with a range of innovations that has elevated the segment into an entirely new dimension, resulting in segment leading sales in main SUV markets.

The following colours are available for the Volvo XC90:

The passenger compartment is very spacious and features a modern uncluttered design. Seven seats are standard on most markets. On some there is also a five seats alternative.

The in-line six-cylinder 3.2-litre naturally aspirated engine has been upgraded and features an improved crankshaft and less internal friction. It now offers 243 hp and maximum torque is 320 Nm.  It meets the Euro 5 legislation.

The Volvo XC90 can be specified with the high-performance D5 engine that produces 200 horsepower and 420 Nm of torque. There is also a front-wheel drive (FWD) 2.4 five-cylinder D3 turbodiesel with 163 hp available. Both engines the Euro 5 legislation.

If a rollover accident should still occur, the Roll-Over Protection System helps protect the passengers. A network of beams in the body structure helps distribute and absorb the resulting forces. In addition, an electronic sensor registers if the car is about to roll over and accordingly activates the seat belt pre-tensioners and the Inflatable Curtains.

The Volvo On Call system can now be combined with the Bluetooth mobile phone service. The Bluetooth connection has been upgraded to allow not only hands-free phone conversations but also music streaming from a preferred Bluetooth enabled portable music player. Volvo is actually the only brand to offer Bluetooth music streaming throughout the entire vehicle range.

Keywords:
XC90 (2002-2014), 2012, Product News
Descriptions and facts in this press material relate to Volvo Cars' international car range. Described features might be optional. Vehicle specifications may vary from one country to another and may be altered without prior notification.
To view the full copyright information click here
Media Contacts
Related Images
Jun 23, 2011 ID: 38962 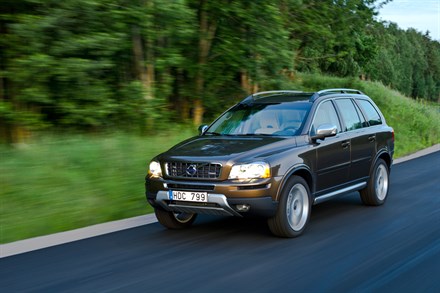 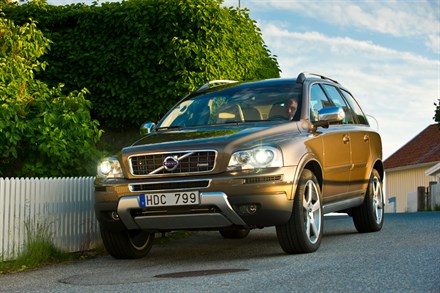 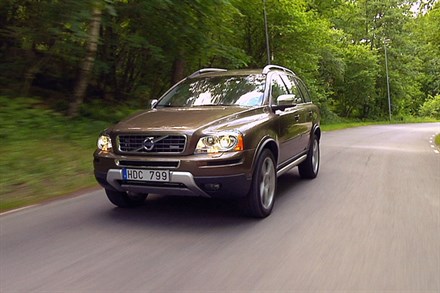