Volvo Polestar Racing had a tough but valuable WTCC (World Touring Car Championship) weekend at Monza in Italy, the fastest track of the calendar. Robert Dahlgren was a happy man after the two races.

"This has been our best race weekend so far looking at the steps we have taken forward with the car," said Dahlgren.

With about 50 horsepower less compared to the competitors on one of the fastest tracks in the world, the focus for Volvo Polestar Racing was aimed at continued gathering of data and preparations ahead of the introduction of the new turbo engine later this season.

"It has been very useful for us to complete the races this weekend. The track is completely different to what we usually race on and we have got loads of new data to analyze," said Christian Dahl, Managing Director of Volvo Polestar Racing.

Compared to the lap times of last year at Monza, when the majority of the teams ran non-turbo engines, Dahlgren was about two tenths from fastest lap.

"The car keeps getting better and better, we have taken big steps forward with the chassis both for qualifying and race. We are really pleased with the first three races of the development season," said Dahlgren.

The next WTCC race takes place at Hungagoring in Hungary in three weeks, a track new to the WTCC calendar.

"It is going to be really interesting in Hungary, especially as Hungaroring is new to everyone in the championship. The track, with its twisty character, should suit us much better than Monza," said Dahlgren.

Keywords:
Special Interests, Motorsport, Sponsorship
Descriptions and facts in this press material relate to Volvo Cars' international car range. Described features might be optional. Vehicle specifications may vary from one country to another and may be altered without prior notification.
Related Images
May 16, 2011 ID: 38155 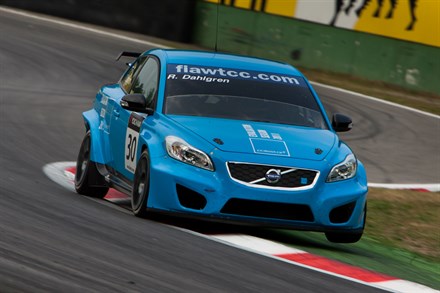 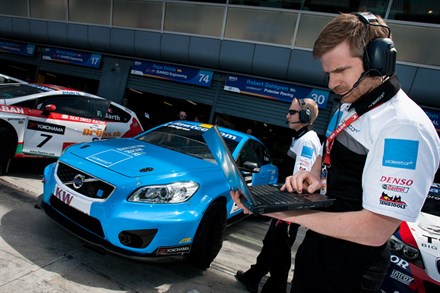