Professor Harold Mooney of Stanford University in California has been named recipient of the 2010 Volvo Environment Prize. He is one of the world's leading researchers into biodiversity and ecosystem services, an area currently attracting global attention.

The Volvo Environment Prize is an annual scientific award now presented for the 21st time. This year's prizewinner has for many years been a leading light within research into biological diversity and especially how important it is for the functioning of ecosystem services. This concept has been widely acknowledged in recent years, perhaps mainly due to an international research program, Millennium Ecosystem Assessment, where Professor Mooney has played a leading role.

Ecosystem services are the functions of an ecosystem that in some ways benefit mankind. The most obvious are food or materials that most people recognize as delivered by ecosystems: wood, fish, fruit and vegetables or other things that we can more or less extract directly. But other functions are also of vital importance, such as pollinating insects or the cleansing of air, soil or water. One example is when oil released into the Gulf of Mexico earlier this year after the explosion of the BP oil-drilling rig, was digested by oil-consuming microorganisms. That was an example of the regulating function of an ecosystem. Another example is adjustment of the atmosphere's chemical composition by the organisms in the biosphere.

"We take these functions for granted but they are exposed to great threat today," says Harold Mooney. "Water is being polluted, soil is being degraded and biologically rich seas and forests are being depleted. This brings the risk that ecosystem services will increasingly fail to provide for and protect us."

He is, however, optimistic about the future since awareness of the issue is increasing across the world. Harold Mooney has been active in the foundation of IPBES, Intergovernmental Science-Policy Platform on Biodiversity and Ecosystem Services, which, like the UN climate panel, IPCC, works to create scientific consensus and communication with decision-makers.

Several internationally prominent scientists serve on the Volvo Environment Prize jury. Their citation says, in part:
"He has championed the idea that biodiversity is a key piece in ecosystem functioning, contributing to the shift in perspective from a species-centered approach to one based on ecosystems and the services they provide to humanity".

Harold Mooney comments:
"I was extremely happy at the news. The Volvo Environment Prize has extremely high status in scientific circles and I look forward to coming to Sweden later in the fall for the prize ceremony and to meet Swedish research colleagues."

Professor Harold Mooney will be in Stockholm on 4 November to accept his Volvo Environment Prize.

Harold A. Mooney is a professor of Environmental Biology at Stanford University in California, USA, and senior fellow of the Institute for International Studies, at Stanford. His scientific production encompasses 35 books as well as articles in Science and Nature. He is one of the most frequently quoted researchers in ecology and environmental sciences.

The Volvo Environment Prize is an annual award given to people for outstanding scientific discoveries or inventions within the area of environment and sustainable development. The prize is funded by Volvo but awarded by an independent foundation. The prize consists of a diploma, a glass sculpture and a cash sum of SEK 1.5 million (approx. EURO 150,000 or USD 200,000). Since the first award, there have been 36 winners, among them many famous names, including three Nobel Prize winners.

For more information about the Volvo Environment Prize:  www.environment-prize.com

Keywords:
Environment, Events/Activities, Corporate
Descriptions and facts in this press material relate to Volvo Cars' international car range. Described features might be optional. Vehicle specifications may vary from one country to another and may be altered without prior notification.
Media Contacts
Related Images
Aug 31, 2010 ID: 34665 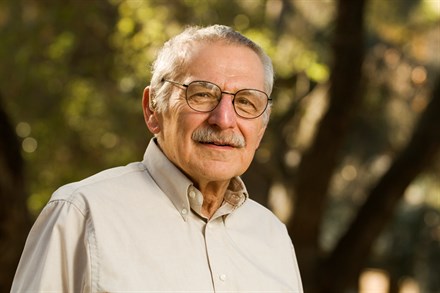