Professional skippers, owners and crew of the boats which made the planet their racetrack are invited to sail once again to a round the world race village. The destination will be Alicante (1 - 5 November 2011) and the gathering will be the first ever official reunion of all who have ever sailed in the world's premier ocean race since 1973. The event will include a full racing schedule.

As part of a rich programme of events, which will include a regatta prizegiving and a host of social events in the week running up to the start of the Volvo Ocean Race 2011-12. The Volvo Ocean Race Legends Regatta will slot between the Alicante In-Port Race and the Pro-Am Race the previous weekend and the start of leg one on Saturday 5 November and will include races of their own.

"The Volvo Ocean Race has so much heritage and history and that simply must not be lost.  The history of the event underpins every strategy we have for the modern race," says CEO Knut Frostad, himself a competitor in two Whitbreads (1993-94 and 1997-98) and two Volvo Races (2001-02 and 2005-06).  "It will be fantastic to see a historic fleet of boats lining up in Alicante alongside the Volvo Open 70s, and we look forward to welcoming the past competitors and hearing the stories they have to tell, " he adds.

This event will be another exciting addition to the festivals, which the Generalitat Valenciana, City of Alicante, the Alicante Port Authorities and Volvo Ocean Race will be producing over the three-week festival in the start port.

"This is another example of how the Volvo Ocean Race will provide entertainment for the local people of Alicante and the Valencian region and will help attract even more Spanish and international tourists," he said.

Many well-known competitors from the 10 previous races are looking forward to the event next year. "Count me in," says veteran of four races Skip Novak, whose history includes skippering rock star Simon Le Bon's entry Drum in the 1985-86 race, and putting together the first Russian entry, Fazisi in 1989-90.

The event promises to be a combination of sailing greats, a concours d'elegance, an opportunity to renew old rivalries, and a party not to be missed. Magnus Olsson, a six-race veteran is certainly not going to miss it.  "It sounds great," he says enthusiastically. "Count on me."

The aim is to have at least one representative boat from every edition of the race since 1973 and to attract as many people as possible who have ever crewed in any of the races. This is a pilgrimage with no penance at the end of it, a round the world club gathering to be enjoyed by the racers, and to give recognition to all that they achieved.

There will also be the chance for the crews to meet the fans and for the fans to meet people they have only been able to see at the arm's length of newspapers, radio, television and films. There is a plan to run chat shows from the Volvo Ocean Race Museum right on the dockside in the Alicante race village. There is, as everyone knows, nothing that yachtsmen like more than interviewing each other.

"The stories of the good old days when your fellow sailors were your community on the ocean and on shore are classic and I look forward to recounting them," says the skipper of Heineken and watch leader of first all-female crew Maiden, Dawn Riley.

Although the Volvo Ocean Race Legends Regatta is meant to be a celebration, the fact is that the yachts should be ready to assemble on a start line and 80-foot maxis are still brutes to handle.  So a few aching sessions in the gym may also be necessary for bodies, which may not be quite as supple and agile (and that could include brains) as they were 20 years ago.

"Great, I'll be there," says former winner Grant Dalton, who will also have his Volvo Open 70 Camper on the start line for the 11th edition of Volvo Ocean Race.  "Thirty years in the race for me. Is that some sort of record?" he asks.

Full information on how to take part and a preliminary schedule of events can be found on www.volvooceanrace.com

High resolution images from 2001 to present day, can be downloaded from http://images.volvooceanrace.com

Keywords:
Life Style, Events/Activities, Special Interests, Sponsorship
Descriptions and facts in this press material relate to Volvo Cars' international car range. Described features might be optional. Vehicle specifications may vary from one country to another and may be altered without prior notification.
Media Contacts
Related Images
Mar 31, 2010 ID: 32254 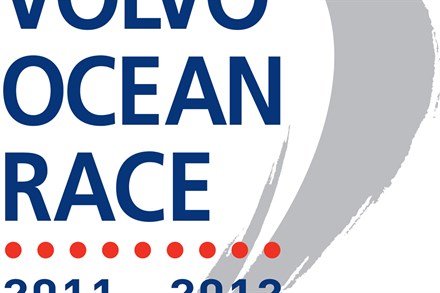 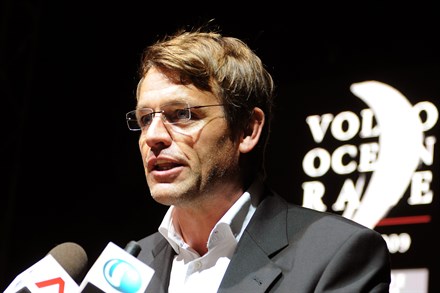