Volvo Cars' crash-test laboratory in Torslanda turns 10 this year - and the almost 3,000 full-scale tests that have been carried out during the high-tech facility's first decade have helped give Volvo owners even safer cars.

"We can replicate most of the incident and accident scenarios that take place out on the roads. By analysing these and then testing new safety technology in the crash-test laboratory, we can improve the safety level in our cars so that they become even safer in real-life traffic conditions," says Thomas Broberg, Senior Safety Advisor at Volvo Cars.

When the new safety centre was inaugurated by Sweden's King Carl XVI Gustaf in early 2000, it was one of the most advanced in the car industry - a position it has retained over the years thanks to the continuous implementation of new equipment and new test methods.

The latest technology infusion is in the form of a set of digital high-speed cameras that can take 200,000 frames per second.

"The new cameras give us exceptional scope for studying collisions down to the tiniest detail. What is more, we have a number of miniature cameras that are installed inside the cars to capture what happens with various key components in the vehicle," relates Thomas Broberg.

The crash-test laboratory has one fixed and one movable test track. The movable track can be adjusted from 0 to 90 degrees. This makes it possible to carry out tests involving a variety of incident and accident scenarios, from frontal impacts to side impacts, between two moving cars approach at different angles and speeds. More over, avoidance and mitigation of collision can also be tested. The facility can currently handle more than 400 full-scale tests a year.

The two tracks meet above a six metre deep, Plexiglas-covered pit used for filming the collision tests from underneath. Over the years, the Plexiglas shield has witnessed a number of remarkable crash tests.

For instance, in 2003 Volvo Cars demonstrated the side-impact protection of the Volvo S40 to invited media representatives by allowing the compact sedan model to be struck by a far larger XC90 model travelling at 50 km/h.

Crash tests on both tracks can also be carried out in the opposite direction. At the end of the fixed track there is a concrete slab that can be used for various tests such as rollovers and tests including avoidance or mitigation of a crash. At the end of the movable track, the surrounding landscape serves as an integrated part of the crash-test laboratory. Here crash tests are carried out against a variety of objects found in the traffic environment.

The lab's crash block weighs 850 tonnes. It is moved around with the help of air cushions. In addition, there are around 20 other fixed and movable barriers covering Volvo Cars' own, stringent test regime as well as various official test requirements.

In addition to the lab's full-time employees there is a team of about 100 silent yet efficient staff members in the form of various crash-test dummies: men, women and children of different sizes and ages. The dummies are advanced measuring instruments with different designs and configurations for different crash situations.

"In order to offer cars with a safety level of absolute world class, we must ensure that our safety systems are suitable for different occupant sizes at a wide range of speeds and in various traffic situations. It is this ability to replicate incidents and accidents from real-life traffic situations that makes our Safety Centre special. The crash-test laboratory can also help verify the functionality of collision-avoiding technologies," says Thomas Broberg. He adds:

"By analysing these and then testing new safety technology in the crash-test laboratory, we can improve the safety level in our cars so that they become even safer in real-life traffic conditions."

The Volvo S60 is a worthy representative of the world-leading research conducted at Volvo Cars and its safety centre.

"The risk of being involved in an accident or being injured in one of our latest car models has been more than halved compared with a Volvo from the 1970s. We are continuously taking new steps towards our vision that nobody should die or suffer serious injuries in a new Volvo car by the year 2020. The crash-test laboratory is a central part of this development," says Thomas Broberg.

Keywords:
Safety
Descriptions and facts in this press material relate to Volvo Cars' international car range. Described features might be optional. Vehicle specifications may vary from one country to another and may be altered without prior notification.
To view the full copyright information click here
Media Contacts
Related Images
Aug 13, 2004 ID: 8574 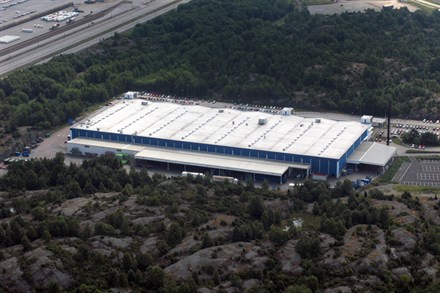 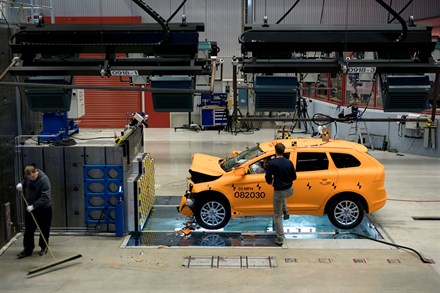 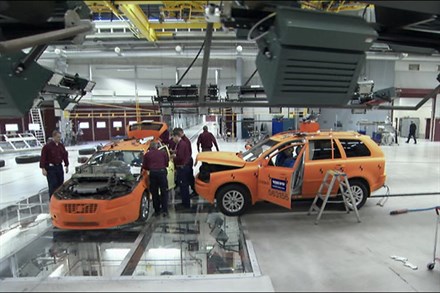 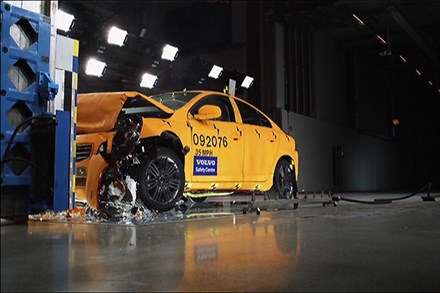 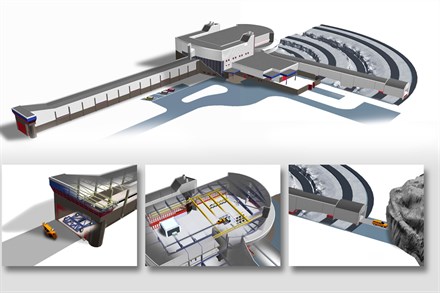 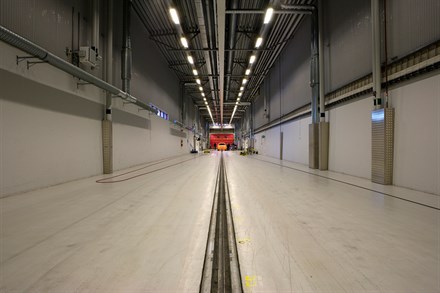