The 16th anniversary Volvo China Open will break new ground this week when it tees-off at Jinji Lake International Golf Club, Suzhou, with a record prize fund of US$2.5million being competed-for by the highest-quality and most cosmopolitan field in the history of the event.

The 176-man field boasts over 350 professional titles around the world. Six past Volvo China Open champions line-up alongside both 2010 Ryder Cup captains, Colin Montgomerie (Europe) and Corey Pavin (USA), the highest-ranking Swede, Henrik Stenson, China's number one Liang Wenchong and Korean Y E Yang, the first Asian player to win a ‘Major,' and heading to the Volvo China Open fresh from his eighth-place finish at the US Masters.

When Volvo became the first western brand to invest in golf in China in 1995, there were just four golf courses, and a dozen professionals. Today, China is golf's fastest-growing market and the China Golf Association plans to build 1,400 golf courses over the next decade with predictions that there could be 20 million golfers in China by the time of the Olympics in six-year-time.

"With the inclusion of golf in the Olympic Games from 2016, I feel certain that golf in China will take another leap forward from what is already one of the most remarkable sports development stories and I am delighted to have the opportunity to be part of it," said Colin Montgomerie.

Commenting on his second Volvo China Open appearance, Swedish number-one Henrik Stenson said, "It is several years since I played in the China's national open golf championship and to see where it stands today with record prize money and a fantastic field shows just how far the event has developed is amazing."

And the Volvo China Open is attracting the stars of sport and show business too, with Finnish F1 star Heikki Kovalainen playing the Pro-am ahead of Sunday's Chinese F1 Grand Prix, with several Chinese showbiz celebrities expected to drop by over the four days of play.

With a record prize fund of US$2.5million, a world-class new venue, the Gary Player-designed Suzhou Jinji Lake International Golf Club and a new five-year agreement with the China Golf Association for Volvo Event Management as the event promoters/organisers, the Volvo China Open looks set to step into an exciting new era on the world stage.

"Having learned much at school over the first 15 years, the Volvo China Open is now into its university education and I am confident it will graduate to become a major force in world golf over the next five years," said Per Ericsson, President, Volvo Event Management (Golf), adding, "With the strength of Volvo Cars and Volvo Group jointly promoting the Volvo brand through China's flagship golf championship, the future is extremely bright indeed."

Co-sanctioned by the European Tour and OneAsia, the 2010 Volvo China Open gets underway on Thursday 15th April with the champion due to be crowned on Sunday afternoon, with defending champion Scott Strange from Australia looking to make history by becoming the first player to defend his Volvo China Open crown.

Keywords:
Special Interests, Sponsorship
Descriptions and facts in this press material relate to Volvo Cars' international car range. Described features might be optional. Vehicle specifications may vary from one country to another and may be altered without prior notification.
Media Contacts
Related Images
Apr 14, 2010 ID: 32315 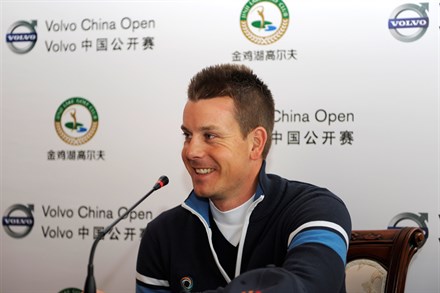 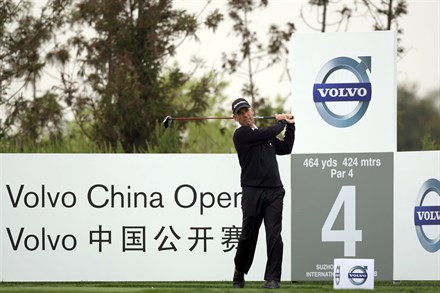