"This Volvo S60 has a lot of potential"

"This Volvo S60 has a lot of potential"

The Volvo S60 entered in the Belgian Touring Car Series (BTCS) made its race debut this weekend on the Belgian track of Zolder, in the hands of Vincent Radermecker and Eric van de Poele. Progressing quickly with challenges in the first race heat, the car showed enormous potential by finishing 9th overall and 4th in its category in the second race heat.

The BTCS is a highly competitive championship for Touring Cars with more than 40 cars entered for the first race weekend in Zolder. The main attraction of the weekend was the Volvo S60 in the hands of Eric van de Poele and Vincent Radermecker.

In qualifying, the new S60 racing car showed its abilities by clocking the 5th and 6th times during the two sessions.

During the first race the team was forced to an unplanned pit stop and finished out of contention. Between the race heats, The Volvo team managed to solve the problem, caused by a clog in the fuel tank.

With the car back in competitive shape for the second heat, Eric van de Poele quickly climbed from 6th to 2nd position. Contact with a slower car during lapping resulted in a visit to the gravel trap and another unplanned pit stop. Back out on the track again, the Volvo S60 embarked a furious chase for position. From dead last the drivers advanced to an overall 9th over the finishing line.

"This car has a lot of potential", concluded Vincent Radermecker.

"I had a lot of fun driving it. Although frustrated that we missed out the podium this time, I am sure that we will be able to fight for a win very soon."

Volvo Car Corporation Motorsport Department is equally satisfied with the start of the BTCS-season.

"We must remember that this car was just an idea four months ago and the team came to the first race with a completely new car and only 120 kilometers of testing. This to be compared with our STCC program (Swddish Touring Car Championship) where we already have tested 3,000 kilometers ahead of this season premiere" says Derek Crabb, Motorsport Director.

Keywords:
Old S60, Special Interests, Sponsorship
Descriptions and facts in this press material relate to Volvo Cars' international car range. Described features might be optional. Vehicle specifications may vary from one country to another and may be altered without prior notification.
Media Contacts
Related Images
Apr 12, 2010 ID: 32294 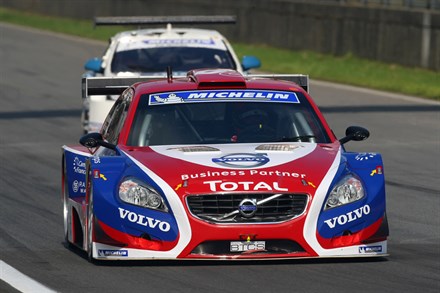 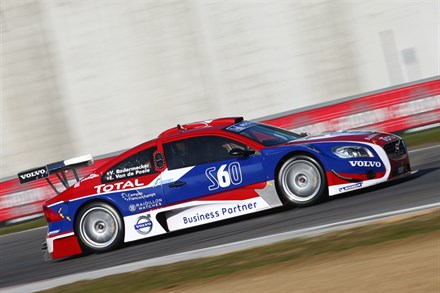 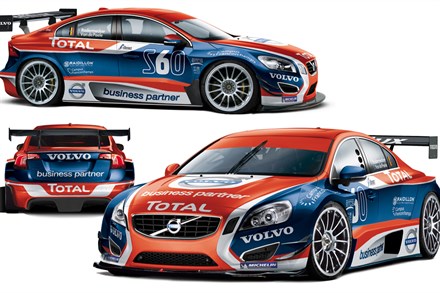