Camper, the Spanish-based inter-national footwear brand, announced today that it will compete in the Volvo Ocean Race in 2011-12. The campaign will be run by Emirates Team New Zealand.

The yacht will be called Camper and will carry the burgees of the Royal New Zealand Yacht Squadron and the Real Club Náutico de Palma.

Camper is a family-owned company which started making shoes on the Spanish island of Majorca in 1877. Today Camper operates directly 320 stores and "shop-in-shop" locations in 42 countries and distributes its products through 2800 independent retailers.

After 133 years Camper is still a family-owned company where creativity, quality and craftsmanship remain at the heart of the people.

The Volvo Ocean Race starts at Alicante, Spain, in October 2011 and will finish at Galway, Ireland, in June 2012.

"The history and the authenticity of the race, the human adventure, the effort, the desire to improve and the teamwork fully fit the Camper values.

"The Mediterranean as a territory and as a culture has always been at the centre of the Camper image. From Alicante this round-the-world race will be, without a doubt, a strong source of inspiration for the future of a brand that walks with imagination.

"For us it is a privilege to take our first steps in the Volvo Ocean Race together with Emirates Team New Zealand, undoubtedly one of the most prestigious professional sailing teams in the world. Despite New Zealand being in the antipodes of Majorca, we feel very close to them sharing their way of thinking and so ETNZ makes us feel confident when undertaking this project."

Emirates Team New Zealand managing director Grant Dalton says the team has the capacity to integrate a Volvo Ocean Race campaign with its commitments to the Louis Vuitton Trophy regattas, the Audi MedCup 2010 and the next America's Cup.

"There is some certainty in the America's Cup following BMW Oracle Racing's defeat of Alinghi. It's apparent that with the timing of the America's Cup, either 2013 or 2014, ETNZ can comfortably integrate a Volvo campaign into its operations.

Grant Dalton said a Volvo Ocean Race campaign was a natural fit for the team. "Our objective was always to diversify, once the team had re-established its credentials, as a means of keeping our people busy, focused and creative.

"With Louis Vuitton, the team started the Louis Vuitton Trophy, Dean Barker and the team campaigned successfully on the Audi MedCup TP52 circuit last year and now we have a Volvo Ocean Race campaign to organise from scratch.

"The team has no shortage of experience with the Volvo Ocean Race and the Whitbread before it. It's no secret that I have never lost my enthusiasm for racing around the world."

Dalton explained: "The Volvo project instantly energises our team, allows our designers and engineers to get going and in Camper we have found a great partner. They are a family company with family values and a culture that fits very well with Emirates Team New Zealand and our family of sponsors."

"Dalton, a former winner of this event, brings with him not only a wealth of experience, but a very charismatic and highly competitive team of sailors.  The people of Auckland will surely be very proud to watch the progress of Emirates Team New Zealand as it takes on some of the world's best. "

"I would also like to welcome Camper to the Volvo Ocean Race family. We look forward to working with their strong international brand, elevating the profile of their new team and our race."

Keywords:
Special Interests, Sponsorship
Descriptions and facts in this press material relate to Volvo Cars' international car range. Described features might be optional. Vehicle specifications may vary from one country to another and may be altered without prior notification.
Media Contacts
Related Images
Apr 13, 2010 ID: 32302 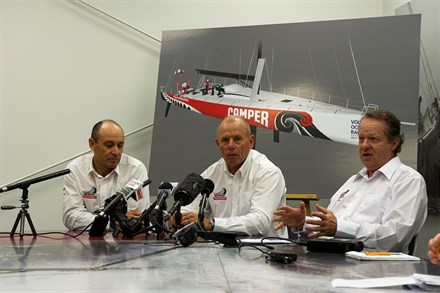 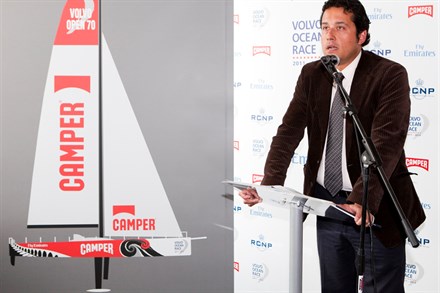