Volvo XC90 R-Design makes its first appearance in Bollywood with 3 Idiots starring Aamir Khan and Kareena Kapoor. The film will be released on December 25.
"We are delighted to be a part of a big banner Bollywood movie. Bollywood is a cult in India," says Paul De Voijs, Managing Director, Volvo Auto India.

For the first time in India, Volvo Cars gets associated with Bollywood with the debut of its red XC90 R-Design in the most awaited releases of 2009 - 3 Idiots. Produced by Vinod Chopra Films and directed by Raj Kumar Hirani, the film's cast includes the crème of the Indian acting fraternity - Aamir Khan, Kareena Kapoor, R. Madhavan and Sharman Joshi.

Aamir Khan has scored resounding successes in all the movies in which he has been involved since the start of the 2000s. Today he is somewhat more restrained in his on-screen output and performs in no more than two movies a year. The female co-star Kareena Kapoor is also immensely popular. The other two stars R. Madhavan and Sharman Joshi, are also among Bollywood's acting elite.

"The movie and its lead characters emanate vibrancy, energy and sportiness; exactly the qualities represented by our XC90 R-Design. Hence the ideal integration of our brand and the movie," says Paul De Voijs.
"Artistic integrity is crucial for successful brand placements and the utility of the product has to be woven properly into the script. The placement should be a natural fit,"  Paul de Voijs further adds.

The film is about the journey two friends undertake in their search for a third compatriot, played by Aamir Khan. The backdrop of the movie is along the length and breadth of India, covering the scenic beauty of the mountainous region of Ladakh. The film has been shot along the world's highest-altitude road, at 5,590 metres or 18,340 feet above sea level. The landscape is dramatic and breathtakingly beautiful.
Link to trailer: http://www.youtube.com/watch?v=RZ_h6l18dCI

Volvo Auto India is a new operator in India, a gigantic, fast-growing market and one of the most competitive in the world. Volvo established a presence in India just over two years ago and has since then worked intensively to market the Swedish brand.
With a corporate office in Gurgaon, Volvo Cars opened its first dealership in Chandigarh in March 2008 and currently market's its products through its dealerships in New Delhi, Mumbai, Chandigarh, Hyderabad, Kochi, Pune.

So far Volvo Auto India has chosen to launch two models, the Volvo XC90 and Volvo S80 but the coming years they are lining up more new models. The first one to be launched during 2010 is the Volvo XC60. The focus is on positioning the brand in the luxury car segment. In 2012, India is expected to be the world's fifth or sixth largest car market.

Keywords:
XC90 (2002-2014), Life Style, Special Interests, 2010
Descriptions and facts in this press material relate to Volvo Cars' international car range. Described features might be optional. Vehicle specifications may vary from one country to another and may be altered without prior notification.
Media Contacts
Related Images
Dec 22, 2009 ID: 31408 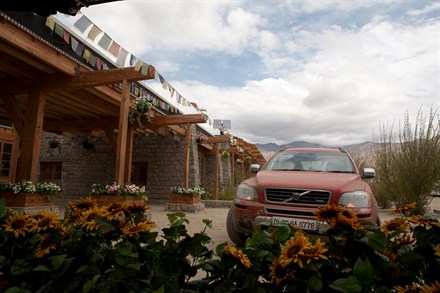 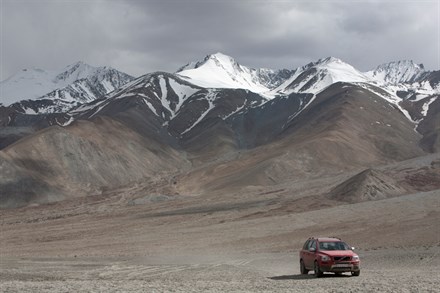