It has become trendy to drive Volvo cars economically. The company's many DRIVe models are being used in a variety of challenges and driver expectations are continuously being surpassed.
Three Volvo V50 DRIVe models were driven by three teams consisting of two drivers each. One male team, one female and one mixed. They all covered the 1,535 kilometres from Zurich to Göteborg on a single tank of fuel. All three completed the challenge with average fuel consumption of less than 3.2 litres/100 km.

That became clear when they arrived at their final destination in Göteborg where Volvo Cars has its main operational base.
After 24 hours of driving spread over a period of three days, the mixed team of Claudia Fortes and Christoph Saur emerged as the winners. They had used 47.59 litres of diesel, an average of 3.1 litres per 100 kilometres. This is 21 percent lower than the official fuel consumption figure for the Volvo V50 DRIVe with Start/Stop function. All the participants were ordinary drivers picked out from among readers of Switzerland's biggest daily newspaper, Blick.

All three teams maintained fuel consumption below 3.2 litres per 100 kilometres. The drivers maintained an average speed of 70-80 kilometres an hour.

"We soon became accustomed to being overtaken, particularly on the German Autobahn, since we drove at a slower speed," says Claudia Fortes. "But it was worth it! It was a real adventure to drive economically."

Recently another Swiss, Felix Egolf from Lucerne, drove via Frankfurt, Hamburg, Copenhagen and Göteborg all the way to Enköping, near Stockholm, in a Volvo V70 DRIVe. He covered 1,905 kilometres on a single tank of fuel at an average fuel consumption of 3.79 litres/100 kilometres. That is 22.6 percent below the EU norm of 4.9 litres/100 km.

Felix Egolf drove at an average speed of 80.1 kilometres an hour.

"My test shows how economically it is possible to drive in a Volvo V70 DRIVe," he says. "You can drive fairly fast and still stay below 5 litres/100 km, provided you stay within the speed limits." He adds:
"It's a very comfortable car for a long journey, with wonderful seats and a low interior noise level. I didn't get tired even though i drove between 8 and 10 hours a day," concludes Felix Egolf.

More tests
Among the many other DRIVe tests conducted is one performed by Swedish daily Göteborgs-Posten which in its motoring supplement of November 11 published the results of its test of a Volvo XC60 DRIVe. Motoring correspondent Johannes Collin wrote: "What is most remarkable is filling up the tank with fuel and then driving for a massive 1400 kilometres before it is time to fill up again!"

The Volvo S80 and V70 DRIVe were put to an eco-drive test by the British media from the town of Marlow near London all the way to Italy. There too the participants succeeded in covering the entire distance on a single tank of fuel. Read more on http://www.globalpost.com/webblog/wheels/marlow-milan-one-tank-the-volvo-drive-story

ABOUT DRIVe
Volvo's DRIVe models are a range of cars whose fuel consumption and CO2 emissions have been cut through the use of various intelligent solutions. The cars have been a major sales success in Europe. In Switzerland, for instance, more than half of all new Volvo C30s and one-third of all Volvo V50s sold are DRIVe models.

Keywords:
V50, Environment, Events/Activities, Sustainability
Descriptions and facts in this press material relate to Volvo Cars' international car range. Described features might be optional. Vehicle specifications may vary from one country to another and may be altered without prior notification.
Media Contacts
Related Images
Nov 13, 2009 ID: 31186 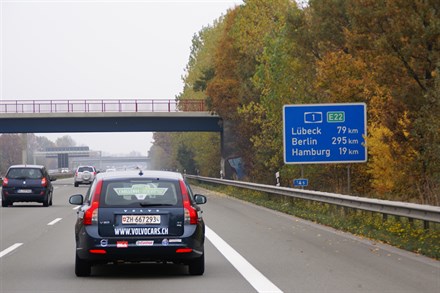 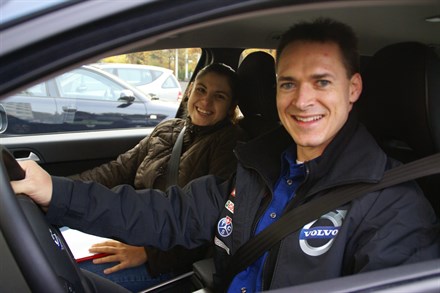 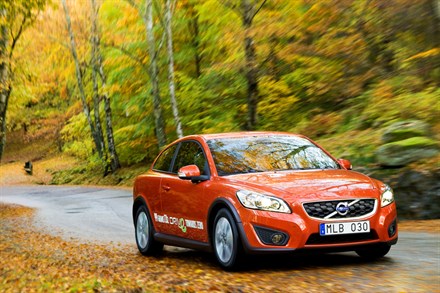 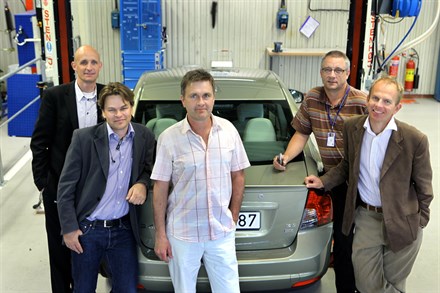