Volvo Cars is starting production of its award-winning XC40 in Luqiao, China this week to meet ever growing demand for the company’s first small premium SUV.

The XC40 was launched in late 2017 to global acclaim and was the first ever Volvo to win the prestigious European Car of the Year award in March 2018. Until now Volvo Cars’ Ghent plant in Belgium has been the sole production site for the XC40, which has sold over 100,000 units globally already.

“Demand for the XC40 has exceeded our most optimistic expectations,” said Håkan Samuelsson, president and chief executive for Volvo Cars. “Building the XC40 in Luqiao creates extra capacity, adds flexibility to our global manufacturing network and is a clear proofpoint of our strategy to ‘build where you sell’.”

The Luqiao plant already builds the 01 SUV sold by Lynk & Co, Volvo’s sister brand which it co-owns with Geely. Separately, Polestar, the electric performance brand co-owned by Volvo Cars and Geely, announced this week it will build the fully electric Polestar 2 fastback in Luqiao as of next year.

This means that soon, the Luqiao plant will build three models of three different brands within the wider Volvo Car Group on a single production line. The Volvo XC40, Lynk & Co 01 and Polestar 2 are all based on the Compact Modular Architecture (CMA), co-developed with Geely.

Keywords:
Corporate News, Product News
Descriptions and facts in this press material relate to Volvo Cars' international car range. Described features might be optional. Vehicle specifications may vary from one country to another and may be altered without prior notification.
To view the full copyright information click here
Media Contacts
Related Images
Apr 12, 2019 ID: 251406 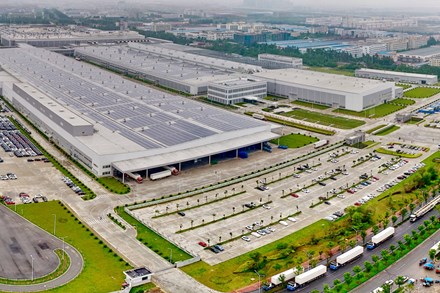 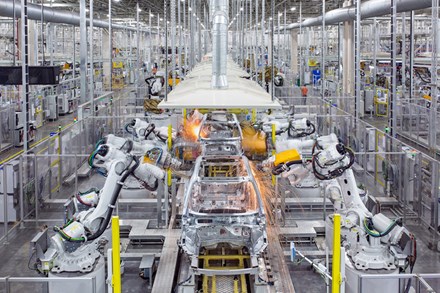