He will replace Alain Visser, who has accepted a new position as vice president of global marketing and sales Geely Auto Group, the Chinese car company. Both Volvo Cars and Geely Auto are owned by Zhejiang Geely Holdings (ZGH).

Mr Visser will have special responsibility for overseeing the marketing and sale of cars built on Geely Auto’s Compact Modular Architecture (CMA), which will form the base for many of the soon-to-be-announced models Geely is planning for sale to international markets.

The changes will take effect on the 15th October 2015.

Mr Annwall joins Volvo from his previous position as a partner at McKinsey & Co, the management consultancy, where he has worked closely with Volvo for the last five years implementing a global transformation programme following its acquisition by ZGH in 2010.

“Volvo is at a very exciting juncture in its history. I am looking forward to helping the company further establish its position as a truly global premium car maker,” said Mr Annwall.

Mr Visser said: “To take on the challenge of building a global Chinese car brand represents the pinnacle of my career. It also feels special to stay within the Geely family after three years at Volvo.”

Volvo has an established reputation for being an intelligent, creative and bold car company, and enjoys a brand identity that means it can avoid blending in with the larger car industry cluster.

This means it has always taken a fresh and innovative approach to its marketing, something that will continue and develop under Mr Annwall.

Håkan Samuelsson, president and chief executive of Volvo Cars, said: “I am delighted to welcome Björn to Volvo and look forward to working with him as Volvo moves into the second phase of its development plan, which will move it towards its medium term ambition to increase annual sales to around 800,000 cars. I would also like to thank Alain for everything he has done to ensure Volvo’s ongoing transformation has been a success.”

It recently launched the new XC90 SUV, attracting over 65,000 pre-orders, far higher than the 50,000 it was expecting to sell this year.

It is also planning to completely renew its product range in the next four years. This will include new larger cars on its SPA modular architecture as well as a range of premium smaller cars based on its CMA architecture.

Keywords:
Corporate News, Product News
Descriptions and facts in this press material relate to Volvo Cars' international car range. Described features might be optional. Vehicle specifications may vary from one country to another and may be altered without prior notification.
To view the full copyright information click here
Media Contacts
Related Images
Sep 30, 2015 ID: 167563 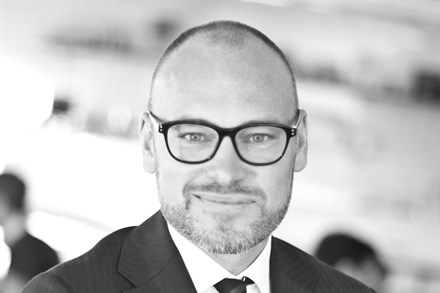