The S90 Ambience Concept, making its public debut at the Beijing Auto Show in China, is based on Volvo’s top-of-the-line S90 Excellence three-seater executive sedan and focuses on chauffeured passengers in the rear seat.

The passengers can personalise the car’s atmosphere by using the intuitive smartphone app to choose one of seven visual themes synchronised with audio and scent.

“The Ambience Concept redefines luxury by taking it beyond material choices, creating a car that connects with your senses,” said Robin Page, head of design at Volvo Cars. “The design explores how people feel inside the car and enables them to influence their own mood and well-being.”

The visual element transforms the car ceiling according to the selected theme – including Northern Lights, Scandinavian Forest, Swan Lake, Archipelago and Rain – each providing a different mood scaling from relaxing to invigorating. There is also a Nocturnal theme for resting and Freedom gives a boost of fresh and uplifting energy.

The synchronised audio plays through the car’s Bowers and Wilkins premium sound system, which includes small tweeters in the headrest for an immersive sound experience. Each theme is matched with one of four scents, created by Byredo, which deploys simultaneously from a portal in the centre console.

“We’re known for our human-centric approach to design and as an industry leader in advanced safety technology,” Robin Page said. “Ambience reinforces this and shows our broader focus on human care, which starts with safety and also extends to general well-being.”

While the S90 Ambience is launching as a concept, Volvo Cars has the ambition to make it available in S90 Excellence production cars, to enhance its Excellence offer, especially in China.

In 2017, Volvo sold more than 100,000 cars in China for the first time, which made a significant contribution to the company’s fourth consecutive year of record sales and growth. China is Volvo Cars’ largest single market and the company’s biggest marketplace for the S90 sedan.

“The Ambience Concept was created primarily for the China market and provides a contrast to China’s sometimes hectic city environments,” said Martin Andersson, senior commercial product manager at Volvo Cars’ Special Vehicles department, which is responsible for the Excellence range. “The S90 Ambience Concept will reinforce our premium brand values in this important region.”

Keywords:
2018, S90, Product News
Descriptions and facts in this press material relate to Volvo Cars' international car range. Described features might be optional. Vehicle specifications may vary from one country to another and may be altered without prior notification.
To view the full copyright information click here
Media Contacts
Related Images
Apr 23, 2018 ID: 227611 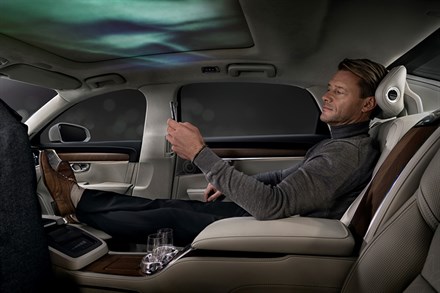 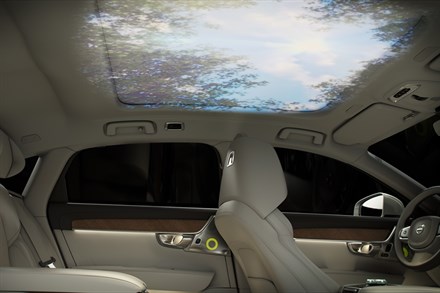