Li Shufu, the chairman of Volvo Cars and Håkan Samuelsson, president and chief executive of the car maker, met Li Keqiang, Prime Minister of the People’s Republic of China and Charles Michel, Prime Minister of Belgium, on June 2nd in Brussels.

The two Prime Ministers were, as part of an official visit, treated to a presentation of the CMA small car platform, on which Volvo will base its 40 series cars. Volvo also demonstrated key innovations within autonomous driving and connectivity.

The XC40, Volvo’s first car based on the new CMA platform, will be built at its plant in Ghent, Belgium where the company has manufactured cars since 1965. The Ghent plant currently employs 5,500 people, making it the third biggest industrial employer in the country.

Keywords:
Events/Activities, Corporate
Descriptions and facts in this press material relate to Volvo Cars' international car range. Described features might be optional. Vehicle specifications may vary from one country to another and may be altered without prior notification.
To view the full copyright information click here
Media Contacts
Related Images
Jun 02, 2017 ID: 209120 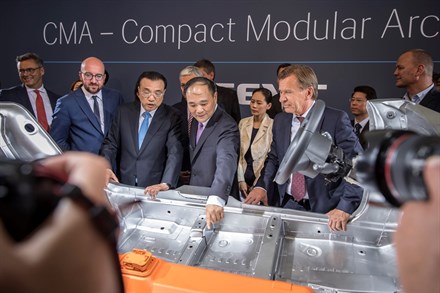 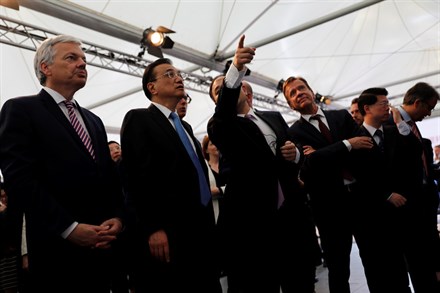