Historic double victory and World Championship lead at the Nürburgring

The FIA World Touring Car Championship weekend at the world’s most challenging circuit, the Nürburgring Nordschleife, turned out to be the best ever for Polestar Cyan Racing with a double victory, double championship lead and a record lap.

“It was a fantastic race. The car was perfectly set up for the second race and I managed to pull up a gap that enabled me to control the race. This is my favourite circuit and to win here is a true highlight of my career. We are leading the championship now which is our goal and we need to keep it for the rest of the season,” said Nicky Catsburg.

Four-time STCC champion Thed Björk fought his way from sixth on the grid to win the first race, elevating him to third position in the championship, just eight points from the points lead.

“I had a really good start and went from sixth to third before the first corner. I had a great race, was able to utilise the slipstream and score one of my best victories. I am very proud to add the Nürburgring to my list of victories after winning at classic Monza earlier this year,” said Thed Björk.

Disaster struck once again for Néstor Girolami who suffered a puncture at well over 200 km/h in the first race while in second place. The Argentinian escaped unhurt from the incident but the damage to his car forced him out of both races due to limited repair time.

“I had a puncture on a very fast part of the track, there was nothing I could do. We need to forget this bad luck and go for the next race in Portugal with new energy. Big congratulations to Nicky leading the championship and Thed being third, I am very happy for them,” said Néstor Girolami.

Polestar Cyan Racing has extended the lead over championship rivals Honda to 40 points, following the success in the WTCC Race of Germany weekend as the season closes in on half-point.

The weekend was crowned with race-winner Nicky Catsburg recording the fastest ever lap time of a WTCC race car around the 25-kilometre combined Nürburgring Nordschleife and GP circuit during official practice (8:34.813), the day after announcing the record lap of the Volvo S60 PCP3 road car.

“We can’t be anything but very pleased with this weekend. We have put down a lot of hours on this circuit, both for our race and road cars. To be able to capitalise on that is nothing but amazing. Nicky, Thed, Néstor and everyone in the team have done a great job and we look forward to continue our fight for the World Title,” said Alexander Murdzevski Schedvin, Head of Motorsport at Polestar.

Get ready for the next FIA WTCC race in Portugal on June 24-25th: http://wtcc.polestar.com

Keywords:
Product News
Descriptions and facts in this press material relate to Volvo Cars' international car range. Described features might be optional. Vehicle specifications may vary from one country to another and may be altered without prior notification.
To view the full copyright information click here
Related Images
May 27, 2017 ID: 208982 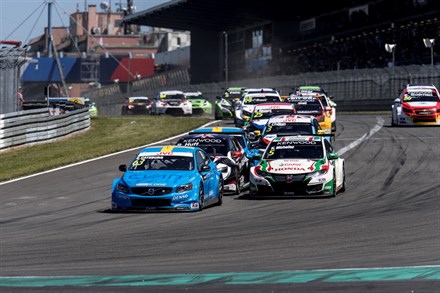 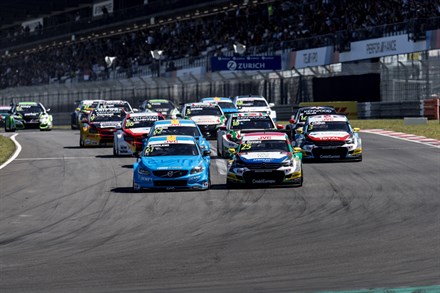