Volvo Cars, the premium car maker, has been chosen as a finalist in the 2017 Car of the Year awards – this time for its celebrated S90 sedan and V90 wagon.

The S90 and V90 are following the footsteps of the Swedish company’s XC90, which has won more awards than almost any other new production model in recent years, over 120 since its launch, and came a very close second in the 2016 Car of the Year awards.

This years’ jury of top motoring journalists consists of 58 members from 22 European countries, representing one of the motoring industries’ most coveted awards. The winner will be announced on March 6th, 2017 at the Geneva Motor Show.

Volvo Cars evolution as a premium car brand is set to continue with the imminent release of its new 60 Series cars, following hot on the heels of its successful 90 Series models.

Keywords:
2017, S90, V90, Product News
Descriptions and facts in this press material relate to Volvo Cars' international car range. Described features might be optional. Vehicle specifications may vary from one country to another and may be altered without prior notification.
To view the full copyright information click here
Media Contacts
Related Images
May 31, 2016 ID: 191754 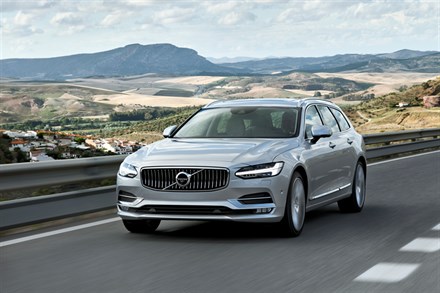