When Sweden and its Prime Minister Fredrik Reinfeldt take over the presidency of the European Union July 1, Volvo will become the official transport supplier to the government through its marketing company, Volvo Personbilar Sverige (VPS). Hertz Car Rentals, which has close ties with VPS, will be responsible for all logistics and administration.

"We are very proud and happy at being asked to be the only make recognised as the EU's official car during Sweden's presidency. We are also the company that sells by far the most green cars in Sweden to private customers as well as companies and public authorities," says Thomas Andersson, President of Volvo Personbilar Sverige AB.

Class-leading green cars
"Being given this brief is naturally highly encouraging since it gives us the possibility of showing our strong and clear environmental profile in the international arena. We will hopefully create a positive impression among all the ministers, public authority representatives and EU officers who will be visiting Sweden from the EU's 27 member states during our presidency," says Thomas Andersson and adds:

"We will be happy to talk about and show our seven DRIVe models, several of which are class-leading when it comes to low carbon dioxide emissions and fuel consumption. Sweden's EU presidency is a golden opportunity to showcase our green model range."

Major focus on the environment
There is an ambitious target for reducing environmental impact at the presidency meetings. The Government Office of Sweden has set clear environmental standards in its purchasing of goods and services. When it comes to transport, this green focus means among other things that coordinated transport shall be used as much as possible and that the vehicles used must be eco-certified whenever possible.

Climate-neutral transportation
About 90 Volvos, mostly S80 and V70 Flexifuel models that run on alternative fuels such as bioethanol, as well as a number of economical diesel cars, will be provided during Sweden's presidency. They will be placed at various locations throughout the country, including Stockholm, Göteborg, Östersund and Kalmar.

Through Hertz Car Rentals, this fleet will be supplemented with minibuses when required. Hertz will also ensure that all this transport is climate-compensated in EU-approved projects via Tricorona Climate Partner.

Volvo at the climate summit
Not only is Volvo the official car make during the Swedish presidency, Volvo is also one of the car makes appointed as transport supplier for the United Nations climate change conference, COP 15, that Denmark is hosting in Copenhagen in December 2009.

At the meeting, no less than 70 Volvo Flexifuel cars will be at the disposal of the participants to provide travel with the lowest possible CO2 imprint possible. In this case too, Hertz is handling all the logistics.

Keywords:
Events/Activities, Corporate, Sponsorship
Descriptions and facts in this press material relate to Volvo Cars' international car range. Described features might be optional. Vehicle specifications may vary from one country to another and may be altered without prior notification.
Media Contacts
Related Images
Jun 30, 2009 ID: 19907 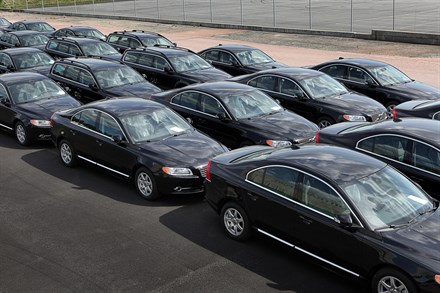 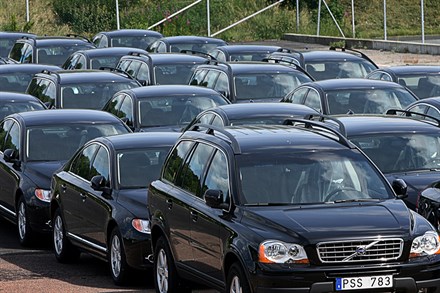