One of the world's leading atmospheric scientists will arrive in Sweden this autumn to receive what has become over the last 20 years one of the scientific world's most respected environmental prizes: the Volvo Environment Prize, awarded by an independent foundation. In expeditions to Antarctica Susan Solomon was able to map the mechanisms underlying the hole in the ozone layer. In recent years, she has led the most prestigious working group within the UN's climate panel and recently warned that manmade global climate changes may be irreversible - that is, even if human carbon dioxide emissions are stopped, the changes they are provoking can last more than 1000 years.

Dr Susan Solomon has played a key role in global atmospheric studies ever since, as a 30-year-old research scientist, she led an expedition to Antarctica to study a phenomenon discovered in the 1980s: the depletion of the vital stratospheric ozone layer over the Antarctic. Her research team was able to confirm fears that CFCs, chlorofluorocarbons, were causing the damaging process in which chlorine atoms break off oxygen atoms from the ozone layer, thereby thinning it and reducing its capacity to protect us from harmful ultraviolet radiation. The clear evidence she and other researchers produced led to international agreements that banned the production of CFCs, then used for refrigeration among other things.

In recent years, she and many other atmospheric scientists have been concentrating on climate change. In a recent scientific article, she warned that the climate change generated by the estimated emissions of greenhouse gases in the following decades will lead to processes that are largely irreversible, that is, they will last at least 1000 years. This is because the oceans absorb carbon dioxide only slowly, prolonging those processes.

"In a simple analogy, our emissions of carbon dioxide mean that we are cranking the thermostat up and that we don't know how to crank it down again," says Susan Solomon.

"It is incredibly important to have correct scientific information when making decisions. I find it encouraging that people today, across the world, are absorbing increased knowledge about the climate issue. And when we now know how long the effect will last, I believe people and governments will make better decisions about how much more carbon dioxide they want to emit."

"Dr Susan Solomon is an outstanding atmospheric chemist and physicist whose pioneering scientific contributions have had major impacts on crucial environmental policies."

Susan Solomon herself says in a comment on the jury's decision:

"I am obviously very honoured. As a scientist, I am able to work with things that other people really care about, which is a privilege that brings humility."

Susan Solomon will be in Sweden in early November to receive the Volvo Environment Prize at a ceremony and seminar in Stockholm. As well as the diploma, the winner gets a cash sum of SEK 1.5 million.
Dr Susan Solomon is Senior Scientist at the Chemical Sciences Division, National Oceanic and Atmospheric Administration in Boulder, Colorado, USA. She was the Head Project Scientist on two scientific expeditions to Antarctica - the National Ozone Expeditions - in 1986 and 1987. She played a key role as co-chair in working group 1 within the IPCC, the UN's climate panel, helping the world comprehend the seriousness of climate change. Susan Solomon's current research work on atmospheric and oceanographic models demonstrates that the levels of carbon dioxide expected in this century will irrevocably lead to changes lasting at least 1000 years, such as widespread drought in certain regions and rises in the sea level that will drown many low-lying coastal areas.

The Volvo Environment Prize is celebrating its 20th anniversary. It is an annual award to individuals who explore the way to a sustainable world. The prize is awarded by an independent foundation with a jury consisting of internationally renowned figures in the environmental field. Since the first award in 1990, the prize has gone to 36 people. Among them are many well-known names and three Nobel Prize winners. More about the Volvo Environment Prize and high resolution photos of the laureate: http://www.environment-prize.com/

Keywords:
Environment, Events/Activities, Awards, Corporate
Descriptions and facts in this press material relate to Volvo Cars' international car range. Described features might be optional. Vehicle specifications may vary from one country to another and may be altered without prior notification.
Media Contacts
Related Images
Jun 23, 2009 ID: 19866 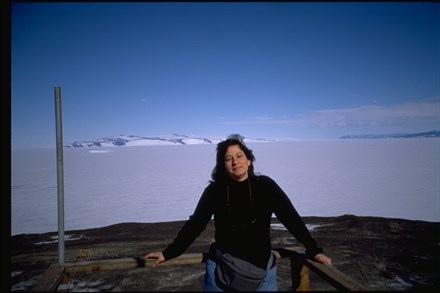 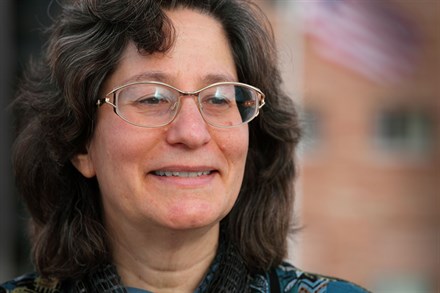